The right to petition will change as of September 2015, following an amendment to legislation passed in parliament on January 28. 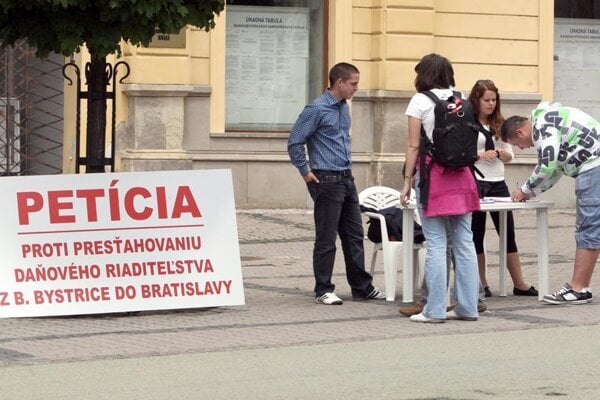 Petitions will not necessarily have to be signed physically, but rather online. (Source: Sme)
Font size:A-|A+0

According to the document approved by a total of 126 MPs, public administration bodies will be obliged to publish information concerning how they have dealt with petitions on their websites. They will also have to debate all petitions supported by large numbers of people – by a minimum of 10,000 people in the case of nationwide issues, and by at least 1,000 people in the case of local matters.

In order to boost the dialogue between people and public administration bodies, the legislation introduces the option of filing a petition via electronic mail and online petition forms.

The Government Office which drafted the bill initially pushed for allowing petitions in electronic form only if they were submitted via the Public Administration Central Website and signed with official electronic signatures.

This led to disagreement on the part of non-governmental organisations which filed an official comment endorsed by more than 2,500 people. The representatives of NGOs pointed out that electronic IDs with activate electronic signatures are currently being used by only 5 percent of Slovakia’s population, the TASR newswire wrote on January 28.

The requirement was dropped for most petitions, but electronic petitions in which a certain number of signatories or a certain age limit is required, such as for calling a referendum, will have to be signed using official electronic signatures.

Based on the amended regulations, the signatories of a petition will be obliged, moreover, to state their email address, which will be used to verify their identity. Currently, signatories are supposed to state their full name and home address.