In an interview for the Sme daily, constitutional law expert Marián Giba, a lecturer at the Law School of the Comenius University in Bratislava, offered his professional insight concerning the upcoming nationwide referendum "on family". 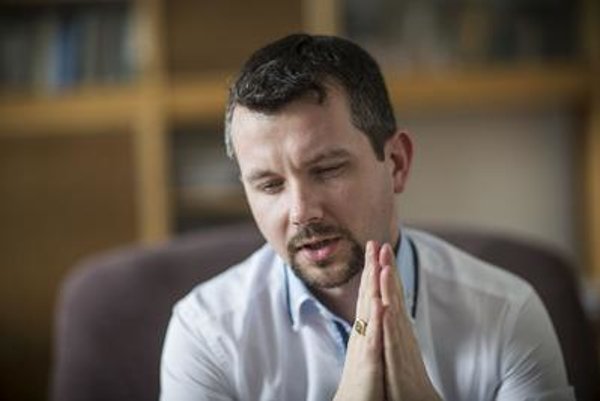 The recent initiative of civic activists associated in the Alliance for Family (AZR) results in a nation-wide referendum set for February 7. The questions it strives to answer and solve, and the very attendance itself, have been subject to wide debate in Slovakia.

The referendum “on the protection of family” touches upon three questions: limiting the application of the word marriage only to the union of a man and a woman; a question on preventing same-sex couples from adopting children; and whether or not parents should be able to opt their children out of sex education in schools.

In an interview for the Sme daily, constitutional law expert Marián Giba, a lecturer at the Law School of the Comenius University in Bratislava, offered his professional insight.

His first worry concerns the fact that even if the referendum had sufficient turnout – set at 50 percent to be valid – there is no tool for making parliament reflect its results in actual laws.

“The Slovak Constitutional Court (CC) stated that it cannot be deduced from the Constitution that MPs are obliged to respect the orders stipulated by a referendum; it is only the matter of their political responsibility before the next election,” Giba said. “However, it has hinted the possibility – if citizens answer a question in an effective referendum and then it is announced in the Code, it could be considered a referential standard to refer to, especially at courts, even if parliament adopted no further legal norm.”

Giba also added that citizens cannot approve a draft bill directly in a referendum. And if they answer a question, it can require further steps by public power bodies. This has not been completed nor expressed what will happen if they fail to act.

One of the widely debated issues among people are the referendum questions and their constitutionality.

“I have publicly said that I have the feeling that these questions concern fundamental human rights, and that I had supposed them – most, if not all – would be refused by the CC,” Giba said. “Our constitution says that fundamental human rights cannot be subject to a referendum, and it has been silently presumed that these rights can be neither narrowed, nor widened. Now the CC has explained the wording of Constitution in the way that human rights only cannot be narrowed in referendum.”

Giba added that although some of the expert opinions of the CC justices were conflicting or differing, two of them pointed out that human rights have naturally-legal origin; meaning that they are not granted by state, but they are innate, stemming from human nature.

As for the much disputed referendum question “Do you agree that same-sex couples or groups should not be allowed to adopt (get foster-care) of children?”, Giba opined that the CC saw it as not directed only at homosexuals, and thus not discriminating.

“In Slovakia, a heterosexual couple cannot adopt a child as a group as well; only individual adoptions are allowed. The issue is rather joint adoption,” he said. “Now, an individual can adopt a child – this goes also for homosexuals – and nobody can prevent him from sharing household with a partner and educating the child together.”

Giba cites as the most important – even breakthrough – question among the four originally proposed the one asking not to render special protection, rights and duties to any other form of co-existence of individuals save for the marriage, opining that “it is interesting that it was not excluded by CC because it discriminated against homosexual couples, but rather because it is so broadly worded that it enabled different interpretations.”

He added that even though Slovak law does not address registered partnership, it acknowledged certain forms of co-existence – close people or people sharing the same household without being blood-related. “This question would restrict the already existing rights, which is not allowed,” Giba said.

Referendums have low rate of success, and Giba tried to pinpoint the reasons. “I don’t think that a high quorum would be main problem of Slovak referendum,” he opined. “When the referendum and its limit were introduced beginning in the 1990s, 90 percent of electorate used to go cast their vote. The truth is, that there was no referendum before 1992 – since Czechoslovakia came to exist in 1918.“

Asked whether referendum is not mere waste of money, Giba answered.

“Money is a serious reason, but I don’t think that it should be the most fundamental argument in the whole debate,” he said. “No just referendum, but every election means big financial expenses. If we looked at it only from the point of view of money, we could cancel elections, choose a hereditary ruler who would decide on everything, and save enormously. Moreover, I don’t think that the saving or spending of this amount would be the question of survival for state budget. Let us not forget that democracy costs something.”