Commuters on trains will get big discounts

PEOPLE are able to commute to work on trains with discounts of 50 percent as of February 1, according to the proposal passed by the government at its January 28 session. The bigger rail discounts for working people is part of a package of financial, economic and social measures. 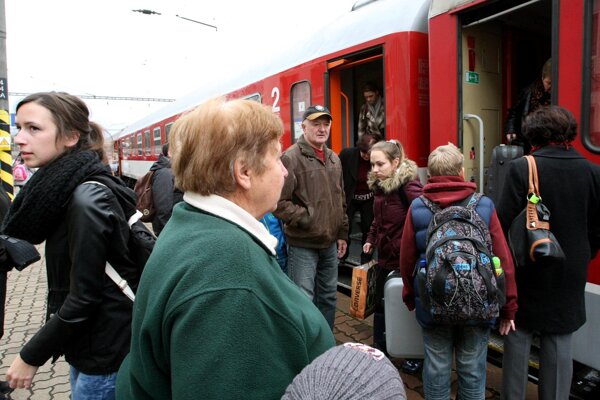 The discounts should bolster the mobility of the labour force, according to Transport Minister Ján Počiatek.

“We will use the existing system to carry out this measure,” Počiatek said, as quoted by the TASR newswire. “As a result, we do not expect any problems with registrations or functioning of the system, because the system of discounts is already up and running.”

The new system will apply to second-class commuter passes used on trains belonging to the state-run passenger carrier Železničná Spoločnosť Slovensko (ZSSK) as well as private carrier RegioJet on its rail service between Bratislava and Komárno (Nitra Region). Discounted commuter passes should be valid also on board EuroCity (EC) and SuperCity (SC) trains. Passengers using the SuperCity trains will be obliged to pay an extra fee due to mandatory seat reservations.

The Transport Ministry estimates that the measure will consume €1.35 million. It expects that the profits created thanks to increased interest in train travel on the part of commuters will compensate the expenditures, as reported by TASR.