New flights from Košice to Italy and UK

THE LOW-cost airline Wizz Air will open a new operational base at the Košice airport, which should result in 30 new jobs and two regular routes. 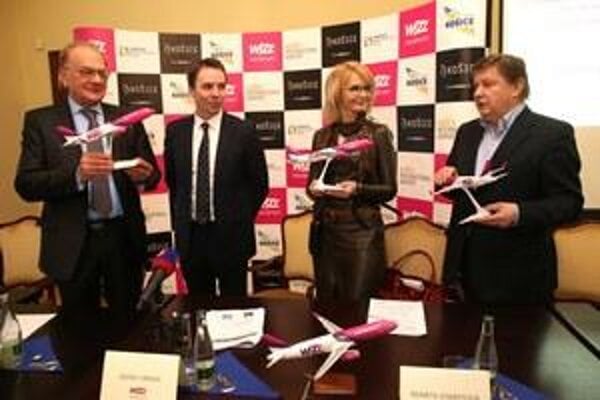 The new routes from the airport, to Milan-Bergamo and Robin Hood Airport Doncaster Sheffield, are set to be launched in September. There should be two flights per week on each route. In all, the Budapest-based Wizz Air should then provide 11 flights from the airport on a weekly basis, the TASR newswire reported on January 28.

“We launched operation here 1.5 years ago, and we have already handled over 130,000 travellers,” Wizz Air head József Váradi said, as quoted by TASR. He added that Slovakia is the 12th country where they will set up a hub.

According to head of the Košice airport Karl Dandler, the decision to place Airbus A320 in Košice shows the airline’s satisfaction with their services and trust in the city and the region. He added that together with their local partners they are working on connecting Košice with an airport in Germany, as reported by TASR.

Wizz Air has been operating a regular service between Košice and London since September 2013.