Slovakia to benefit from quantitative easing 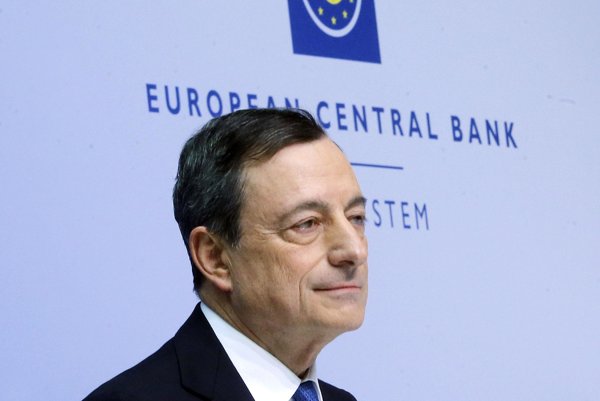 THE EUROPEAN Central Bank (ECB) has launched a bond-buying programme which will pump hundreds of billions into the eurozone economy. While the main aim is to revive economic growth by cheapening European exports on the global market and help ward off deflation, Slovak exporters look set to benefit from the weaker euro and so does the state through cheaper debt servicing.

The ECB said it would purchase sovereign debt from this March until the end of September 2016. Together with existing schemes to buy private debt and funnel hundreds of billions of euros in cheap loans to banks, the new quantitative easing (QE) programme will release €60 billion a month into the economy, ECB President Mario Draghi said, as cited by Reuters.

The Slovak Finance Ministry perceives the announcement about the QE programme within a context of the general strategy of ECB to fulfil its task and simultaneously to help revive the eurozone economies. Martin Šanta, an adviser to the finance minister, recalled that the ECB is not the first bank which has resorted to this step as the United States also used QE to prime the economy in recent years.

“It is necessary to add that the ECB’s steps without the contribution of governments in the form of responsible fiscal policies intertwined with structural reforms can easily miss the goal,” Šanta told The Slovak Spectator.

According to Vladimír Vaňo, the head of CEE Research and chief analyst of Sberbank Europe AG and Sberbank Slovensko said that given the menacing slowdown of both headline, as well as core inflation in the eurozone, the ECB has few options left.

“The immediate reaction of the foreign exchange markets suggests, that the announced plan was more ambitious, than the market expected,” Vaňo told The Slovak Spectator. It is too early to judge the effectiveness of the QE – it is sort of an “all-in” move for any central bank, he added. In the case of the much criticised U.S. Federal Reserve it proved to be an effective preemptive move against the risk of deflation.

Katarína Muchová, an analyst with Slovenská Sporiteľňa, added that QE is meant to affect the real economy by loosening up loans.

“The extra liquidity is then expected to encourage spending in the economy, both household and corporate, thus increasing the pressure on inflation and fostering economic growth,” said Muchová. “However, the extra liquidity needs to be met with sufficient demand for it.”

Muchová added that a weaker euro could offer a helping hand in this matter while by releasing new money into the economy, colloquially referred to as “printing money”, the ECB will encourage a further weakening of the euro.

Europe’s quantitative easing is based on two hopes, Martin Vlachynský, an analyst with the non-governmental think tank Institute of Economic and Social Studies (INESS), told The Slovak Spectator. One is that results will be similar to those in the United States and not Japan. Officially the quantitative easing has only one goal and this is to increase inflation to 2 percent.

Jana Glasová, analyst with Poštová Banka, agrees that purchases of state bonds by central banks can be seen as a kind of pumping money into economy with a result of a higher liquidity on the market.

“Higher liquidity in the eurozone may on one hand again push down market interest rates and on the other hand it may increase inflation expectations,” Glasová wrote in the bank’s material.

Šanta expects that Slovakia, as other eurozone members, will benefit from the planned purchase of government bonds by the ECB.

Vaňo elaborated that the immediate impact is the decline in the government bond yields and hence lowering of the cost of refinancing of public debt.

“Subsequently, we have seen decline in the interest rates of some of the long-term loan products,” said Vaňo. “The major impact on the economy of Slovakia will hinge on the fact, to what extent would this move be efficient in stabilising the economy of our major trading partners – Germany and the eurozone.”

The ECB’s lending survey suggests that we have seen slight improvement in the availability of credit in Q4 and this new campaign should help to improve it further, added Vaňo.

Slovakia expects that the ECB in 2015 will acquire Slovak bonds in the value of about €3.2 billion, but this is probably the book value which under current conditions on the market means less than €3 billion in nominal value. It is not sure, according to Šanta, whether this intention would be met and whether investors would be willing to sell the bonds.

Šanta expects that because the ECB would carry out transactions on the secondary market, the impact on the primary market will be indirect.

“As far as we abstract from other influences, there should be a bigger demand for government bonds on the primary market,” Šanta told The Slovak Spectator.

Based on preliminary estimate, the state budget may save on financing of the country’s debt due to QE about €7 million in 2015 and about €10 million during following years.

Another QE’s effect will be continuation of weakening of the euro. This will have a positive impact on Slovakia’s exports.

“The weaker euro helps meet main aims of the ECB and this is the revival of the economic growth and the fight against deflation,” Glasová wrote. “Weakening of the euro helps exporters exporting their products into countries outside the eurozone because there their production becomes cheaper and thus also more attractive for clients.”

According to Muchová, QE has the potential to work and improve inflation and growth rates in the eurozone, including Slovakia. However, a significant part of Slovakia’s foreign trade is with the EU, a relatively large part with eurozone countries in particular, therefore decreasing the potential full impact of a weaker euro.

Glasová added that on the other hand weaker euro makes imports from countries outside the eurozone more expensive and this way the country also imports inflation, which is welcomed by the ECB.