From Bunker to good people

Mária and Ján Kustra hid Lilly Berrgrün and her son after Lilly’s husband was injured by bomb. 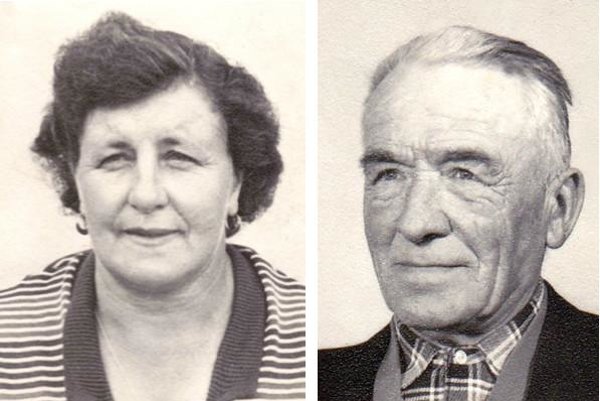 From Bunker to good people

WAR time was hard on Nathan and Lilly Berrgrün who hid in a bunker but had to leave as their son Ladislav caught an infection. Later, when hiding in Kustra’s house, Ladislav was dressed as a girl and nick-named Lassie to protect his real identity.

Nathan and Lilly Berrgrün lived in Sabinov in eastern Slovakia before the war. Their son Ladislav (later Les Horan) was born in 1941. Their family reflected the diversity of cultures in this part of Europe. Czech, Slovak, Hungarian, German as well as Yiddish were spoken at home. And although they kept the Jewish customs and traditions, they tried to hide their identity. Even in the first years after the war, fearing anti-Semitism, they pretended to be Christians. Ladislav learned he was Jewish only several years later.

In September 1944 when the Germans invaded Slovakia and occupied Sabinov, the German soldiers ordered all the Jews to present themselves at the train station the following Friday. Having lost their protection, the Berrgrüns decided to flee and hide in an underground bunker. They agreed with the local farmers on the supply of food, but due to the close German surveillance food became very scarce. There were 10 to 15 people in the bunker, including Ladislav’s cousin, Judith Berrgrün (later Špitálník).

After two months in the mountain hiding place Nathan left the bunker to go and bring Lilly’s parents but was wounded by a bomb during this risky task and was unable to return. He managed however to find his in-laws but had to stay with them in the place of their hiding.

Several weeks later Ladislav got a bladder infection and needed medical treatment. The winter had set in and the conditions in the shelter came to be too harsh for the infant. Lilly decided that she would try and find a doctor and went to a nearby village.

It was Ján Kustra who came to her aid. He carried Ladislav to his village, Bobrovček, and brought him to his brother who was a doctor. Ján Kustra offered to hide Lilly and her son in his house.

Shortly after Lilly and her son had left the bunker its position was discovered – apparently because of the little Judith. After the war it was learned that Judith and her mother were deported to Theresienstadt concentration camp in what is now Czech Republic, though they survived. The others were deported to various other camps and only few of them survived.

Mária and Ján Kustra told their neighbours that Lilly was Maria’s sister and called her Helena – a less Jewish sounding first name. “Before we knew it, we became part of their family,” the grateful Ladislav wrote in his letter to the Museum Yad Vashem.

To hid the fact that he was circumcised Ladislav was dressed as a girl and nick-named Lassie.

“I remember once asking Mr. Kustra why people fight wars,” Ladislav (Les) recalled. “I didn’t understand all his words but I still remember the gist of what he was telling me. He said that everybody thinks he is right, everybody is doing the wrong thing and everybody is angry and nobody knows what to do about it. Then he said: But you are too young Lacko, you must still enjoy yourself, not to think of war.”

Lilly and Ladislav stayed with the Kustras until the liberation. They were reunited with the father, Nathan, whom they had not seen for nine months, and they moved to Prešov together. They emigrated to the United States in 1948 where Ladislav became a jazz piano player, writer and a teacher. He had two children, son and a daughter who became ultra-Ortodox practicing Jews.