Hiding in the straw bed

Magdaléna Slamková and her husband hid Jewish couple in a straw bed for six months. 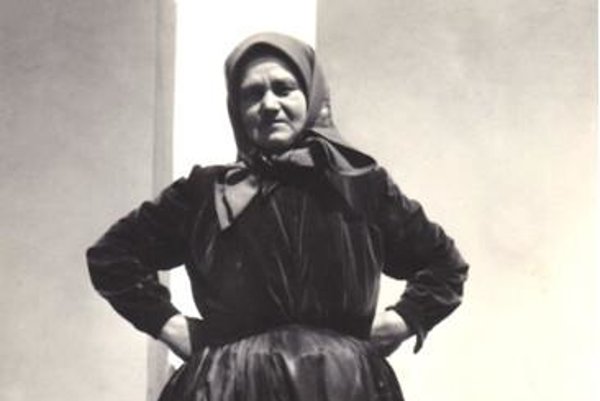 Hiding in the straw bed

DURING the German invasion to Slovakia the aim was to stop the uprising against the Tiso regime and to find Jews that had survived. Ilonka Weissová and her husband Maximilián were in hiding not far from  collection camp for Jews.

Weissová asked her best friend and neighbor Magdaléna Slamková to help them to hide. Magdaléna offered Ilonka and her husband the chance to hide in a straw bed.

The house was in the village Zemianske Sady – Kriačiny. The Slamkas´ house was one kilometre away from the village centre. The state established in the times of the war a collection camp for Jews in the nearby Sereď, in the local tobacco drying house. They were bringing Jews to the so called tobacco house from different cities in order to take them later to the concentration camps.

The Weisses did not realize that they would have to stay in the straw bed for the next six months. Magdaléna was preparing two extra meals every day and her son Vincent, who was 12 at that time, used to bring them a warm dish to the straw bed every day.

The winter came early in fall of 1944 and it was impossible to warm the straw bed. Sometimes the Weiss could not resist the temptation to warm themselves a bit in the Slamkas’ house. When staying in the house they were given hot drinks and food. Moments such as these filled Ilonka and Maximilián with strength and determination to hide until April 1945.

At the end of April 1945 the long-awaited freedom came and they returned to their house next door to the Slamka family. Both families stayed close friends.