Dentists proposed creation of three specialised centres for treatment of patients infected with HIV. The Heath Ministry wants to study the idea. 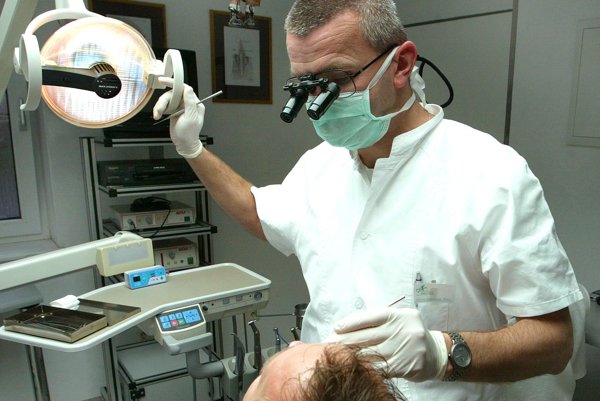 THE SLOVAK Chamber of Dentists (SKZL), again proposed creation of three specialised centres for treatment of patients infected with HIV on a press conference held on January 23. The Heath Ministry wants to study the idea but at the same time points out that there are not enough patients to make it worthwhile.

In a March 2014 interview with The Slovak Spectator, Peter, a 30-year-old HIV positive man who requested his full name not be used to avoid discrimination, said that it is almost impossible to find a dentist.  Peter said, explaining he spoke with 70 of them until he finally found one willing to accept him as a patient. Some people therefore lie to their dentists, saying they have hepatitis and not HIV, so that the dentists treat them with special caution but do not refuse them.

“It may seem like a [bad] dream but this is the reality,” Peter said. “The reality of all HIV positive people.”

There were 577 residents of Slovakia with HIV in September 2014 , according to he National Reference Centre for HIV / AIDS prevention .

“The actual number of infected may be two to four times higher, depending on the risk behavior,” said Head of the National Reference Centre for HIV / AIDS prevention Danica Staneková.

To deal with the problem SKZL wants try to create centres where such patients could be treated by volunteers, SKZL head Ján Gasič told Sme, adding that special stomatological centres should be created on clinics dealing with infections in Bratislava, Martin and Košice.

The chamber also wants experts on hygienE to prepare new methodology how to treat HIV positive patients. The current one is dated to 1999 and does not reflects the latest scientific knowledge.

The Health Ministry is however sceptical about three special centres for patients with HIV. They would not survive for a long time, according to the ministry’s spokeswoman Zuzana Čižmáriková.

“Ambulances needs generally from 1,000 to 2,000 patients to operate normally,” Čižmáriková said, as quoted by the Pravda daily. “There are around 500 [reported] patients with HIV in Slovakia.”

She added that despite those facts the ministry is prepared to discuss this proposal.

The medical sector workers as well as doctors, especially older ones, lack knowledge about HIV or other infections. They fear such patients since they do not wan to get HIV or they are worried about other patients, according to Gasič.

As much as 80 percent of approached dentists said that even they are willing to treat such patients they will not out of fear that they will lose other clients, according to chamber’s press release. On the other hand, HIV positive patients  need special dental care because of weakened immune system and dry mouth caused by medicines.

There is increasing number of people infected with HIV in Slovakia, but the treatment of patients in is increasingly successful and can often prevent development of full blown AIDS.

Annually Slovakia does about 150 tests for HIV. From January to September 2014, 65 new cases were reported, two patients with HIV developed into AIDS and two patients died of AIDS.

Thanks to effective therapy numbers of patients who become ill or die of AIDS is continuously decreasing and is incomparably lower than the number of patients living with HIV, according to Staneková.