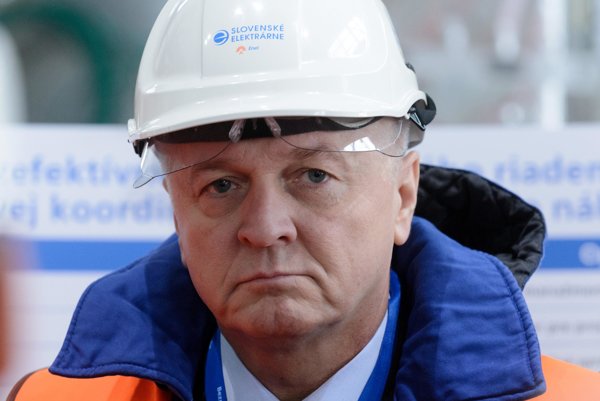 THE STILL lingering case over the failed privatisation of Port Service, and the related lawsuit claiming lost profit from the state privatisation agency is leading some in the opposition to call for Economy Minister Pavol Pavlis’ resignation, citing his past ties to the firm.

“I consider these fictions that are being fabricated these days to be completely unsubstantiated,” Pavlis said on January 28 as cited by the TASR newswire. “I truly reject notions of my connection to the said company in any way, shape or form.”

Port Service, after being excluded from privatisation of the shipping company Slovenské Plavby a Prístavy, filed a lawsuit against the FNM in December 2002 seeking €60 million in lost profit. At that time Pavlis was CEO of Port Service, the Sme daily wrote.

The lawsuit was filed only five days before Fico as the head of the Smer parliamentary caucus nominated Pavlis to become a member of the FNM supervisory board, Veronika Remišová, the civic activist, who pointed out to the whole story, told the public broadcaster RTVS.

Pavlis was CEO of the company until 2004 and co-owner of its mother company until the summer of 2006. Afterwards Pavlis along with other co-owners, current Czech Finance Minister Andrej Babiš and Austrian businessman Hubert Merke sold the company to Castelo Holdings from Caribbean island Curacao, Sme wrote.

Pavlis became member of the Slovak Parliament for Smer in the summer of 2006.

Port Service lost the lawsuit with the state in 2008. But the Supreme Court decided in 2011 that exclusion of Port Service from privatisation was not justified, but it has not been decided yet over exact compensation so far, the economic weekly Trend wrote.

Some opposition politicians believe that Pavlis is still connected with Port Service. They points out that Pavlis lent Port Service more than €20,000 in order it can continue in the lawsuit.

“We call on Fico to dismiss Pavlis,” said Igor Matovič as cited by TASR. “It’s evident that even as the Economy Minister he continues to pursue interests of the firm where he used to be an official owner until 2006 and is quite likely a tacit owner after 2006.”

Independent MP Miroslav Beblavý turned on January 29 to the Parliamentary Committee of Conflict of Interest with a motion against Pavlis who he suspects of violating the constitutional law on conflict of interest. If found guilty, Pavlis may lose as many as 24 monthly wages.

“I have information that any contacts or connections of the Economy Minister with the company in question have ceased since 2006,” said Fico as cited by TASR. “That means that he’s been completely disassociated from this firm for nine years and has no affiliation with it whatsoever in terms of ownership or otherwise.”

Fico pointed out that the privatisation of the shipping company was won by the financial group Penta under the government of Mikuláš Dzurinda.

cabinet of Mikuláš Dzurinda, only because some firm that the Economy Minister has nothing to do with is pursuing its rights at court? I, for one, hold that this lacks elementary logic,” said Fico as cited by TASR.

According to Gabriel Šípoš, head of Transparency International Slovakia it is difficult to assess whether the minister can be still connected with Port Service or not. But he is sure that at the time Pavlis was taking over his position in FNM there was a conflict of interest, even though he did not violate the law.

“This is a serious blunder,” Šípoš told the Hospodárske Noviny daily, adding that according to him, there was no place for Pavlis on the FNM board.