LESS than 40 percent of eligible voters will take part in the February 7 referendum on three issues of marriage, adoption, and sex education, according to a Focus polling agency survey ordered by the Sme daily. 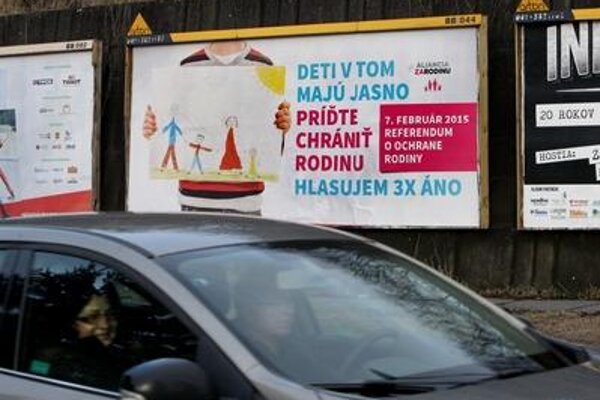 Around 35 percent of respondents said they will vote. For the referendum to be valid more than 50 percent of voters must participate. The poll was conducted January 21-26 among 1,070 respondents.

“I do not think that this [trend] will change in any significant way," said Martin Slosiarik of the Focus, as quoted by Sme.

The referendum has the biggest support in Prešov, and the smallest in Banská Bystrica and Košice.

Women and pensioners living in small villages are more likely to participate. Further, many of referendum supporters are voters of the two parties actively supporting the referendum - Christian Democratic Movement (KDH) and Slovak National Party (SNS).

Men, labourers, students and unemployed young people up to 24 years old, especially unmarried or divorced and residents of cities with more than 50,000 inhabitants, are the least likely to participate, according to Sme.