Ancient temple of ice is made in Jasná

THE WINTER premiere of a globally popular extreme hurdle race that takes place on the break of January and February in the ski resort Jasná will have a very original finishing hurdle. 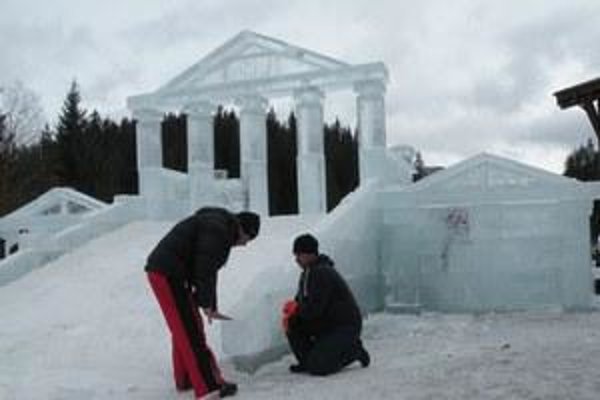 The race, involving 2,300 registered competitors, will offer an ancient ice temple as a hurdle. A team of artistic sculptors led by Adam Bakoš has been working on 47.5 tonnes of ice imported in 360 blocks.

“We have experience with building ice statues at Hrebienok in the High Tatras, but we have not made such a giant so far,” Bakoš said for the TASR newswire, adding that the weather is crucial in such affairs. The dominant elements of the ice construction, 5.5 metres tall on an area of 11 x 11 metres will be Ionic columns and statues of Spartan warriors. Bakoš said that they were inspired by the ancient Greek and Roman mythology.