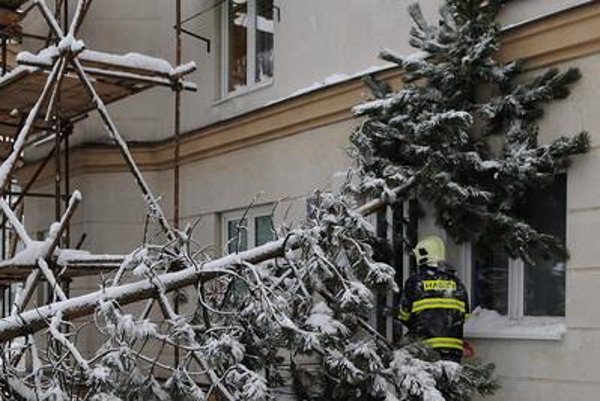 The capital announced a second-level alert on that day, as did the central-Slovak districts of Žiar nad Hronom, Žarnovica and Banská Štiavnica the TASR newswire wrote.

Bratislava ’s M.R. Štefánik Airport was closed on Friday until 16:00 due to heavy snowfall. Morning flights inbound from London and Milan were diverted to other airports, while a morning flight to London was cancelled.

Due to intense snowfall that hit D1 road close to Trenčín in western Slovakia, as well as a number of districts within Trenčín region, the regional governor Jaroslav Baška asked the Slovak Armed Forces for help. 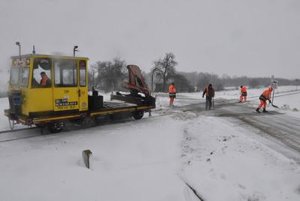 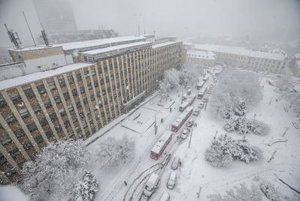 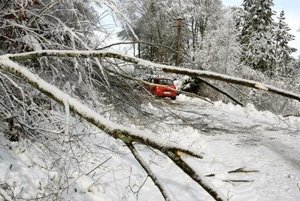 A schoolboy from Bratislava who was hit by a falling tree weighed down by snow on January 30 died in hospital a day later. The tree fell on the seven-year-old boy on the grounds of a primary school in the borough of Karlova Ves. The child was pulled from under the tree before firefighters arrived. After giving him first aid, the firefighters rushed the boy to hospital. The boy suffered fatal injuries. Despite the enormous efforts on the part of doctors and comprehensive resuscitation treatment, they couldn't save his life, according to the hospital. 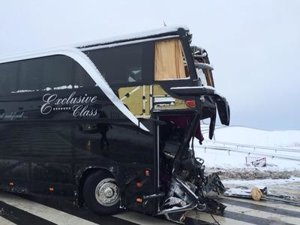 A Czech bus carrying 42 passengers crashed on the D1 motorway exit close to the village of Janovce in Prešov region in eastern Slovakia in the small hours of January 31, killing two people and causing a number of serious injuries, TASR wrote. The two women who died were Czech and Ukrainian nationals. Paramedics provided first aid to 31 passengers and transported them to nearby hospitals. Apart from the two people who were killed, the Czech bus driver suffered the most serious injuries, including fractures to the pelvis and lower extremities and multiple lacerations. He has already undergone surgery and is currently in a medically induced coma.

“We’ve detected malfunctions on 35 high-voltage lines. A total of 18,000 customers on the distribution network have been without power since 14:00,” she said. During February 1, VSD was gradually restoring supplies of electricity to households. Villages still facing problems in this region were Rudňany and Mlynky. Among the locations hit by blackouts on Saturday (all in Košice and Prešov regions) were the districts of Spišská Nová Ves, Stará Ľubovňa, Rožňava, Dobšiná and Lubeník, with Krompachy and Poprad partially affected.

In all, firefighters were called out a total of 480 times throughout Slovak regions on January 30 and overnight due to heavy snowfalls and adverse weather conditions.

The large snowflakes that were falling from the skies in Bratislava on Friday were caused by a high level of moisture in the air, TASR learnt from Pavol Faško of the Slovak Hydrometeorological Office (SHMÚ). Such phenomena are commonplace in Japan, for instance, where winter monsoons occur frequently, Up to 34 centimetres of fresh snow fell in the Bratislava borough of Koliba on that day which set a new record for the amount of snow within 12 hours. The ample snowfall also led to a new precipitation record. “Between 7:00 and 19:00 alone, the water value of the freshly fallen snow in Koliba reached 36 mm. Never before in the history of this meteorological station since 1950 has more than 30 mm been recorded within 24 hours in January,” Faško said.