TEREZA Mihalíková won the junior Australian Open 2015 tournament after beating Katie Swan 6:1, 6:4 in one hour and 29 minutes in the finals. 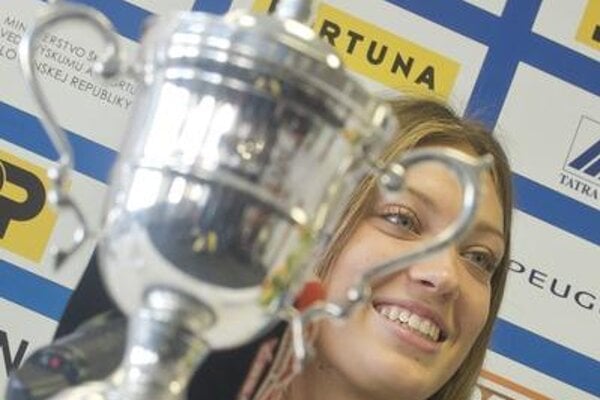 The young Slovak player, aged 16, is the first Slovak to win this title in Melbourne in singles, but it is the third title overall for Slovak junior victory at the Australian Open, while also being the third Grandslam victory in singles.

“I am very glad to win the Grandslam title, “Mihalíková said, as quoted by the Sme daily. “Last year at the US Open, I experienced how it feels to be in the finals, but in singles, I failed in the crucial match. Now I won,” she summed up, adding that she won the first set easily, but made several mistakes at the start of the second one. “Even though I was losing 0:3, I still believed I could win in two sets, and that it will not be a three-set match as in the first three rounds. When my opponent asked for medical time out, I sat on the chair and said to myself: Tereza, go, you can make it in two set. I started believing in myself, and I managed to reverse the unfavourable course of events,” Mihalíková added for Sme.