THE CASE  dating back to 2011 in which then-prime minister Iveta Radičová sued the current Prime Minister Robert Fico for his comments about her – in connection with the Osrblie corruption case – saw a happy ending on February 2. 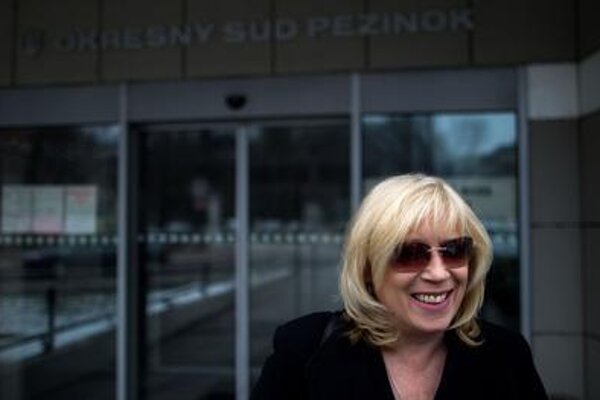 On that day, they met for the first time in the courtroom, as Fico has never attended any session so far. Now, he proposed to end this dispute with a settlement. Former Prime minister Radičová accepted his offer. They both shook hands in the courtroom and forgave one another, the daily Sme wrote on its website.

Fico commented that it makes no sense to fight lengthily, and it leads nowhere. Radičová summed up that it would take years, explaining to her daughter in the lobby why she agreed to this form of ending the dispute.

“Even the smallest suspicion surrounding the prime minister evokes unbelievable storms in the Slovak Republic, and you know, Mr Prime Minister, that this issue was also the reason for a no-confidence vote in Slovak parliament – and so the revolution and the storm appeared,” Radičová said. “But regardless of this, I want to say that for you, too, your moral credit is the most precious thing. And all my steps were only aimed at defending my moral credit. The accusation of corrupted behaviour is a very serious one, as it is an accusation of a crime, but I accept your proposal,” the ex-PM said before the judge.

In 2013, the Pezinok District Court partially obliged the lawsuit of Radičová and ordered Fico to publicly apologise for the statement in which he connected Radičová with the corruption case of an unfinished athletic complex in Osrblie – in which state and European funds were embezzled and the main fraudsters were convicted. Also her then advisor, Martin Novotný, was convicted, but so far the verdict is not yet effective. Last year, the Regional Court in Bratislava overturned the verdict, as the district court failed to deliver any subpoena to Fico within the lawful deadline. Thus, he did not have a chance to defend himself before court.

Until now, Fico has not participated in court proceedings, and this was the first time he arrived. Radičová thanked him, according to Sme, for finding the time and attending the session.