THE DISSMISAL of former National Forestry Centre (NLC) controller Ľubica Lapinová who in 2014 received the white crow award for her anti-corruption stance was invalid, the Zvolen District Court decided on January 29. 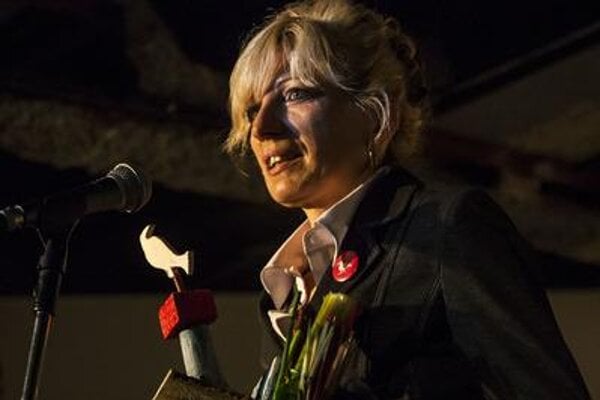 Lapinova was illegal and the result of unlawful persecution on part of the employer. It also provides an important level of satisfaction and encouragement in the sense that the responsible, albeit inconvenient, performance of work duties cannot be punished by termination.”

The case dates back to 2010, when the then NLC general director gave Lapinová the task of auditing a contract worth more than €500,000 and she found that the law was being violated.

During the audit, the head of the audited public procurement process became Lapinová’s boss. When she rejected his demand to alter the audit results, she was ordered to carry out menial tasks such as scanning contracts rather than engage in auditing activities.

In January 2012 she was fired, allegedly because NLC was overstaffed, despite the fact that she was the only NLC controller and as a state-funded organisation NLC is required to provide internal auditing.

Lapinová subsequently faced multiple criminal complaints courtesy of her former employer, but all were rejected. The former controller turned to a number of supervisory bodies, including the Financial Audit Directorate and the Agriculture Ministry, which also found violations of the law with respect to the disputed audit.

Lapinová has maintained that the grounds for her dismissal were unsubstantied and the dismissal itself illegal. During the proceedings the NLC director offered to give her a job but refused to put her back in the post of controller.