Slovaks are most tolerant of sexual education question

OF 35 percent of voters who would attend the February 7 referendum on the protection of traditional family, only 5 percent would say no to all three questions. 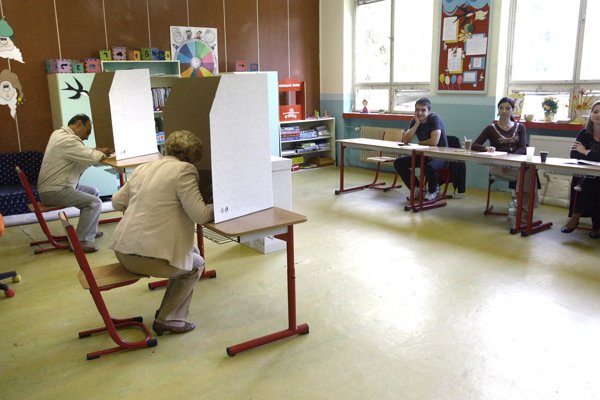 As much as 75 percent would say yes three times, a Focus polling agency survey ordered by the Sme daily suggests. It was conducted on January 21-26 among 1,070 respondents.

“This confirms the strategy of the counter-party to stay home and not to increase the quorum,” Martin Slosiarik of Focus told Sme. For the referendum to be valid more than 50 percent of voters must participate.

The referendum will seek people’s answers to three questions. The first seeks to limit use of the word “marriage” only when referring to the union of a man and a woman, a second seeks to ban adoption for same-sex couples, and the third allows parents to opt their children out of school classes dealing with sex education or euthanasia.

The poll suggested that the first question has the biggest support. As much as 85 percent of all respondents would agree with it. Of 35 percent of those who would actually attend the plebiscite, 92 percent would answer “Yes” to the question.

Not only would the voters of the Christian Democratic Movement (KDH) but also those of the ruling Smer party be against same-sex marriages. The most open to the change are students of which 69 percent would support same-sex marriages, Sme wrote.

The adoption of children by same-sex couples also seems to be unacceptable for the society. As much as 78 percent of respondents would disagree with it, with only 22 percent saying they would not have a problem with it, Sme reported.

“Most of those who have a homosexual in their family, among friends or at work agree with adoptions,” Slosiarik told Sme, adding that 40 percent of such people would not ban the adoptions.

The respondents only showed some tolerance regarding the last question pertaining to sexual education. Up to 70 percent of them consider it useful, while 23 percent said it is harmful, the daily wrote.

The poll showed that mostly young people aged 18-34 would disagree with all three questions. It is comprised mostly of students and single persons, people coming from more tolerant town environments, atheists or people with weaker religious beliefs, voters of Freedom and Solidarity (SaS) and people without political party preference, Sme wrote.