CZECH private passenger carrier RegioJet launched a long-distance bus line between Banská Bystrica and Bratislava via Nitra on February 2. It received the licence in mid-January from the Banská Bystrica Self-Governing Region, after the representatives of Bratislava and Nitra Regions refused its request. 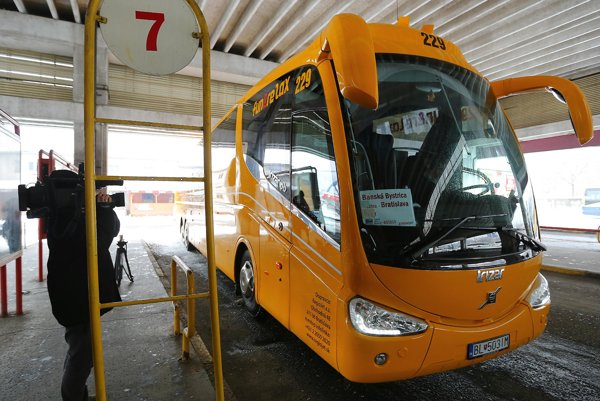 It is however possible that RegioJet will have to fight also for the planned line in Svidník, a town in eastern Slovakia, which also refused to render a licence to the firm, the Sme daily reported.

The buses from Banská Bystrica to Bratislava and back will ride seven times and to Nitra 14 times a day, with a ticket costing about one half less than now, the SITA newswire wrote.

The new route was three months late, mostly due to the bureaucratic delays caused especially by Nitra where its rival company Arriva was reluctant to allow the private Czech operator to make stops. According to Radim Jančura, head of RegioJet, the delay caused losses of €300,000.

“We had to pay 40 people for three months and pay for buses which were not moving,” Jančura explained, as quoted by Sme.

He however believes they will increase the number of links soon and will drive between Nitra and Bratislava every 30 minutes.

Meanwhile, RegioJet encountered a similar problem in the east, Sme wrote. The company has asked the Prešov Self-Governing Region for a licence to operate long-distance bus lines between Svidník and Kysak and Bardejov and Kysak. The region however received a negative answer from Svidník and surrounding municipalities. According to them, the private link would conflict with the subsidised links to Prešov, as reported by the daily.

Currently, the line is operated by SAD Humenné company which runs two buses between Svidník and Kysak a day. For other times, passengers have to change buses in Prešov. The cost of the ticket is €3.80 and is subsidised by Prešov Region.

Jančura explains they do not want to substitute the subsidised bus, but only to accelerate the journey of passengers who use their trains. The yellow private buses should be run three times a day in both directions and should stop only in bigger towns. The ticket should cost about €2, Sme wrote.