Slovan struggles to stay in KHL

IT IS not clear what will happen with Slovan after the end of the regular season in the Kontinental Hockey League (KHL). The Slovak fans will surely see three more domestic matches, but it is possible that the club will begin the new season facing different competition, the Sme daily reported. 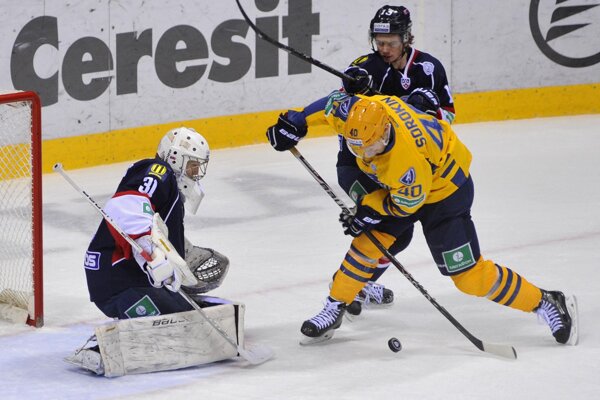 Slovan is currently last in the ranking, with a score of 0:10 from the last two matches, and has already given up the fight for the playoffs. It will lose the support of its Russian partners as of the start of next season.

Moreover, a source from KHL management told the Russian TASS newswire that Slovan does not have a chance to cover the loss.

“It is beyond their power, especially if we take into account the current strained relations between Russia and the European Union,” the source told TASR.

Slovan needs to pay €13 million for a season in KHL. It used to receive one quarter of this sum from Russian firms, Sme wrote.

“All of our partners were tied with Russia,” club’s manager Maroš Krajči told TASS, as quoted by Sme, adding that the sanctions have affected them much. He also said that they will know more about the future of Slovan in the KHL by March 15.

Krajči also said he has two alternative plans, without revealing the details. According to him, their priority is to stay in the KHL.