New law to make it easier to monitor foreigners 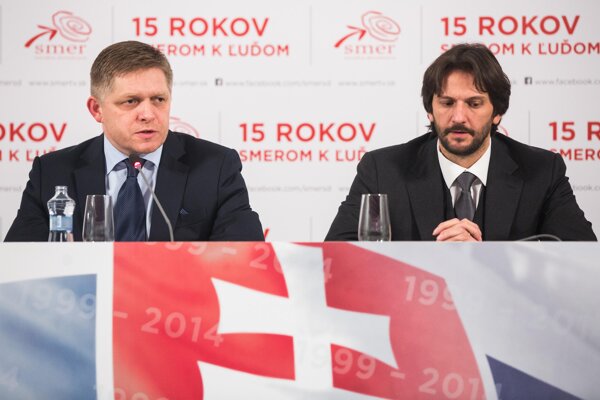 “Countries should adopt laws that will free their hands if it comes to, for example, the information about the privacy,” Fico said on the political talk show Sobotné Dialógy broadcast by the public-service RTVS.

In response to the recent terrorist attacks in Europe, Fico said that Slovakia cannot behave as if terrorism is not a problem. According to him, the law will apply only in cases where there are obvious threat to national security.

Fico said there needs to be several changes to allow the government to better fight against terrorism. Not all of them will be part of the new law on secret services, Interior Minister Robert Kaliňák said, as reported by the Hospodárske Noviny daily.

Most-Híd MP Gábor Gál stressed that though it is possible to discuss such changes, it will be necessary to avoid the flat wiretapping of foreigners, the daily reported.

The changes should be part of the new law on secret services which the Interior Ministry will introduce in the near future. The parliament should discuss it at its March session and, if passed, the new rules should become effective as of June 1.

“It relates especially to monitoring of security interesting people who do not have permanent residency in Slovakia,” Ivan Netík, Interior Ministry spokesman, told The Slovak Spectator.

The new law will not extend the competences of the secret services, but only specify them, Kaliňák told the press on January 27. According to him, the current legislation was adopted before 2001 when the war against terrorism started.

Moreover, many provisions are explained very broadly, which means people often do not understand them. The new law should therefore “correspond with the 21st century and current threats”, Kaliňák said, as reported by the TASR newswire.

Another change pertains to the process of approving the monitoring of foreigners staying in Slovakia that lack a permanent residency permit. There will be separate senates at the Specialised Criminal Court which will on one hand allow observing the rules, but on the other hand enable the monitoring of people who are hard to catch, the minister said, as reported by Hospodárske Noviny.

The supervision over the monitoring will be in competence of the parliament and the special committee where both the coalition and opposition MPs will sit, Netík said. They will have an access to basic data and will know why somebody is being watched.

Independent MP and former interior minister Daniel Lipšic (NOVA) however says that there should be only two deputies (one from opposition and one from coalition) who will supervise the monitoring, according to TASR. He also says such monitors should take a lie detector test before they take on the job.

Member of the parliamentary defence and security committee and former defence minister Martin Fedor (Sieť) assumes that the MPs should undergo the polygraph testing only if there is a suspicion of information leak, RTVS reported.

The January attacks in Paris, which claimed 17 lives altogether, also opened questions about security in other European countries. Though it is not probable that Slovakia will become target of the similar attack as occurred in France, the country adopts measures to protect people from terrorism, the Interior Ministry says. Neither the ministry, nor the Slovak Information Service (SIS) intelligence agency however publishes the specific measures.

The Interior Ministry said in mid-January that it has no information about the immediate security risk to Slovakia or the increased possibility of terrorist attacks in the country. It however cannot exclude the possibility that similar attacks may occur in Slovakia, especially because of the movement of the so-called lone wolves, Marta Fabianová of the Interior Ministry press department told The Slovak Spectator.

In addition to lone wolves, SIS warned in its report also against the radicalised fanatics and Jihadist returnees. It also recently informed that several people who recently left Slovakia might have joined such radical movements, SIS spokesman Branislav Zvara told The Slovak Spectator. He however said this number is in the single digits and well below the EU average.

The attacks also opened question of possible restoring the border controls within the Schengen Area. The ministry however said that the only planned changes are the modifications of functionalities of the Schengen Information System which should allow more prompt mutual communication between security forces within the Schengen Area and more effective adoption of necessary measures. The system allows the monitoring of people committing crimes, including terrorism, and taking actions against them, Fabianová said.

She added that the ministry can imagine possible limits to borders only during special events, like a sporting event happening in Austria which was considered high risk.

“From longer point of view it [the border controls] would de facto mean the end of Schengen and free movement of people,” Fabianová said. “We do not think this would solve the problem.”

Kaliňák however supported the potential strengthening of the external borders, especially at places which face problems with high number of illegal migrants. This does not concern refugees from military areas, he stressed during the political talk show O 5 Minút 12 broadcast by the public-service RTVS on January 17.

Fedor said that after the attacks in Paris, the extremist European politicians who want to build barriers and limits have gained ground. It is necessary to realise whose interest it would be to divide Europe, he said.