Hrebienok is ice realm, thanks to Tatry Ice Master

SKI resort Hrebienok in the High Tatras has been changed into an ice realm: at the break of January and February, the Tatry Ice Master attracted sculptors from ten countries worldwide to compete in creating ice statues. 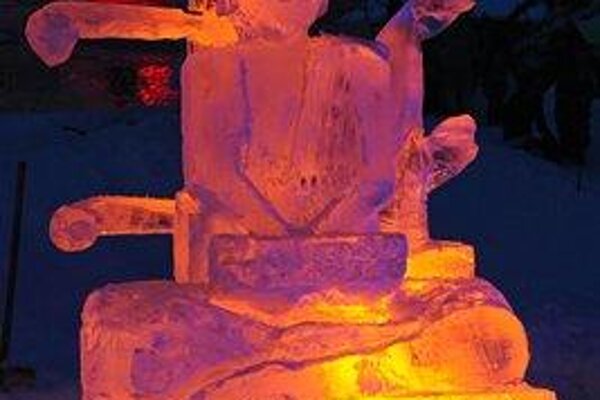 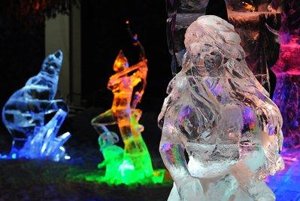 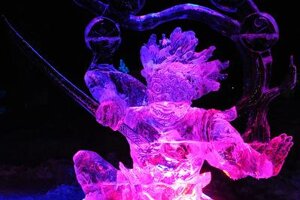 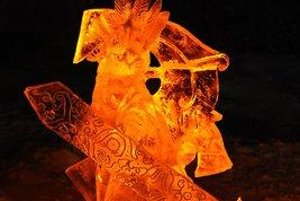 As much as 47 tonnes of ice were made into an ice fairytale country which can still be admired. The third year of the international championship in ice sculpting attracted 19,0000 people to Hrebienok, CEO of the regional tourism Organisation Región Vysoké Tatry, Lenka Maťašovská, informed the TASR newswire.

She added that not even the snow calamity on the weekend of January 30-February 1 discouraged people from coming to admire the work of ice sculptors, who were having a hard time in the calamity. A jury evaluated their artworks and every day the most successful team was announced.

Maťašovská praised the rate of visitors and stressed that it was worth inviting teams from distant countries like Japan, Malaysia and Thailand, as the Japanese were second on Friday and Saturday, the Malaysians third on Sunday and the Thais got the Visitors’ Prize on Sunday.

The tasks were three: on Friday, it was Bears (UK, Japan and Russia were the best); on Saturday The Land I come From (Finland, Japan and Slovakia); and on Sunday Abstract Free Creation (Russia, UK, and Malaysia). Visitors chose Slovaks as their favourites on Friday and Saturday, and Thais on Sunday.

Musical performances and an ice-fire show on Sunday completed the weekend event in High Tatras. If weather allows, people will be able to admire the sculptures and also the Tatra Ice Cathedral at Hrebienok until the end of season.