IN THE BEGINNING of last year, a goldsmith’s shop in Bratislava was robbed and its owner killed, with two other people injured. On February 3, the perpetrator was sentenced to 19 years in prison. 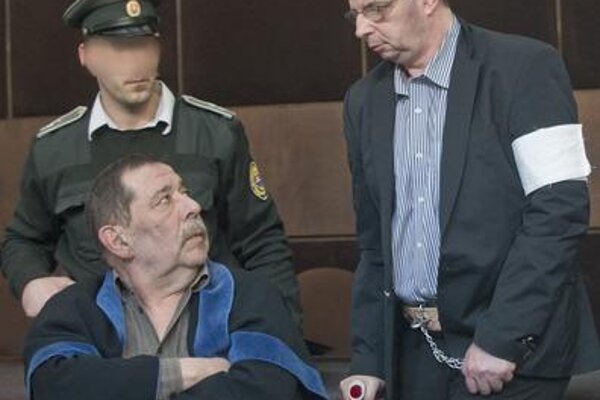 The owner Tagvar Spartakian was of Armenian origin, aged 66. He died during the robbery and his wife was another person injured.

The robber, identified as Ján K., aged 53, shall serve his sentence in a prison with maximum security, and afterwards he will serve three years of probation.

“The defendant committed two crimes, of which one was extraordinarily grave,” head of the panel of District Court Bratislava I said, as quoted by the TASR newswire. “Thus, the lower limit of the potential sentence, and also the upper maximum limit, was increased,” explaining the length of the sentence.

The verdict is not yet effective, and as both the lawyer of the defendant and the prosecutor can still appeal it, both have taken time to consider this possibility.

“I regret the deed I perpetrated,” Ján K. said at the end of session. “I am sorry.” The man was already twice tried for similar robberies. The motive of the crime was allegedly not a lack of finances, the robber told the court on January 30, trying to get a milder sentence. He claimed he had deliberately lied to psychiatric and psychological experts that he wanted to gain money.

The expert Denisa Mesárošová reacted by saying that the conclusions of the expertise cannot be influenced by the statement that the motivation was not greed, as psychiatrists did not comment on the motive.

Last December, Ján K. pleaded guilty. He allegedly suffered no grave mental illness, and no aggressive feature was found. They concluded that him being at liberty would be no menace to the society, and so no protective treatment after serving the sentence was proposed.

The robbery took place on January 14, 2014 at around 17:00; and he was conditionally released from prison about six months earlier. The owner of the shop suffered an arm injury due to which he bled to death.

His wife, Rozalia was shot in the hip, while her ear and head were also injured. Rescuers tried to save her husband but to no avail. The entire busy street in downtown Bratislava was closed down temporarily.