A 32-YEAR-old Slovak national who was detained by the police near the European Parliament on February 2 was charged with illegal possession of a firearm and with planning a terrorist attack on Belgian soil, Brussels Prosecutor’s Office spokesperson Ine Van Wymersch said on February 3. 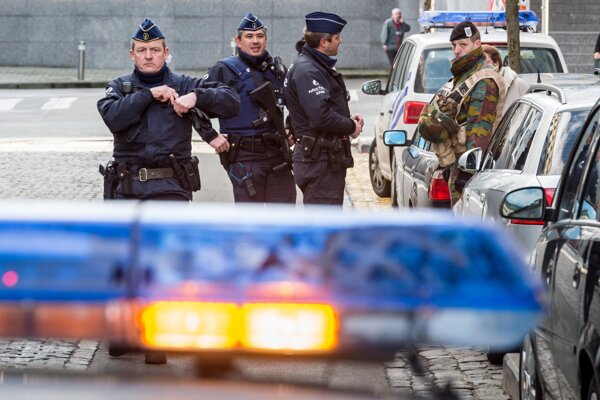 The Slovak, identified by police only as R.W., came to the building of the European Parliament in Brussels dressed in military camouflage gear and wanted to meet with European Parliament President Martin Schulz. He was arrested by police and did not display aggressive behaviour or put up any resistance, as reported by the TASR newswire.

After being searched, police found keys for his car parked on Montoyer street adjacent to the administration building of the EP and the visitor’s centre, which prompted the police to evacuate both buildings. A firearm and chainsaw were found in the man’s car.

The man was arrested at the request of the Brussels court. He fulfilled at least one of the three conditions for taking a person into custody. He is currently in temporary custody where he can spend no more than five days. During this period the court can decide on putting him into custody for one month. The judges will then meet again at a closed session and can either prolong the custody by another month or release him, TASR wrote.

The investigators have not yet said why R.W. wanted to meet Schulz, as the detained man allegedly refuses to talk to Belgian authorities. They have already contacted Slovak bodies to learn more about the identity of R.W., about his possible mental diseases and about his potential criminal record.

After the February 2 incident, when about 500 EP employees had to be evacuated for one hour, the security service toughened up security measures. They now check every visitor to the EP in front of the building and MEPs temporarily cannot receive private visits until further notice, TASR wrote.

This concerns various folklore ensembles, singers, schoolchildren and inhabitants of the regions from which the MEPs come, the public-service RTVS reported.