Mafia on the ropes: Now for politicians and oligarchs

POLICE, prosecutors and courts deserve kudos for cutting the comb of the Slovak mafia. But will we ever see an equally effective campaign against true organized crime among our white-collar leaders? 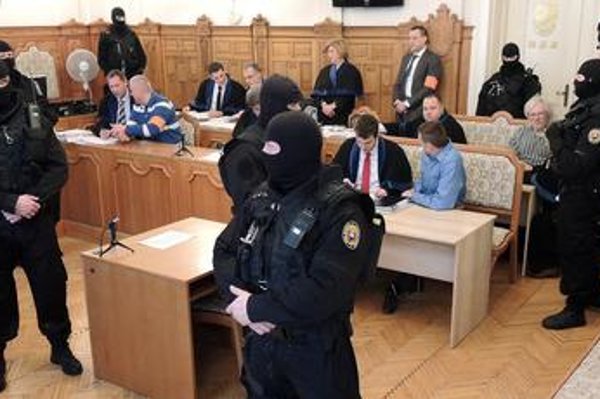 Every month, it seems these days, another gangster ends up charged, in custody or serving serious time.

This week it was the turn of Michal Blažíček nicknamed Jašter or Lizard in English, who drew an eight-year sentence for dealing drugs and for insurance fraud, crimes which he committed as part of the Piťovci and Sýkorovci organised crime gangs. He was allegedly closest to Sýkora capo Róbert Lališ nicknamed Kýbel (Bucket), and was in daily contact with Lališ lieutenant František Borbély (now that I think of it, I remember seeing his grinning face occasionally at Borbély’s casino near the Bratislava main bus station).

Kýbel wasn’t on hand to confirm or deny the allegations, and in fact no one has seen him in Slovakia for some time, ever since he went into hiding in the Czech Republic at the start of 2012 (he is wanted for multiple gangland murders). Borbély, meanwhile, was taken into custody last October on organized crime and drug charges. Ladislav Bališ, another Sýkora boss, was sentenced to 25 years in May last year.

The Sýkorovci are not the only mafia gang in disarray, just the latest. Juraj Ondrejčák and his Piťovci were sentenced to long terms last May (slightly reduced in November), while Nitra boss Ľuboš Ferus goes on trial for the 1997 murder of capo di tutti capi Miroslav Sýkora next month.

When I think that as recently as 2010, I used to visit Ferus, Borbély and Ondrejčák for a regular dose of indignation at the very notion they might be involved in organized crime, the police and prosecutors deserve a tip of the cap for getting these jokers off the streets and out of their posh surroundings.

But two things should prevent us from actually applauding.

The first is that the police campaign, if in fact it is one, appears disturbingly lop-sided. What about the Jakšíkovci, whose security company, A-Team, protected the Smer headquarters on election night in 2006? What about the Takáčovci, whose alleged extortion of hundreds of businesses in the capital was dismissed by the General Prosecutor’s Office in 2004, never to be heard from again?

More to the point, what about the politicians and the oligarchs who have looted the state since they received the keys to parliament in 1993? What about large-scale privatization, the looting of state banks, the Branisko Tunnel pork barrel, diverted European funds, the emissions boondoggle and the solar energy scam? While we’re about it, what about Gorilla, dammit?

Daniel Lipšic, in a moment of honesty, said in 2012 that “for as long as I can remember, there has been an agreement among those in power that none of them will serve time behind bars.” As long as that agreement remains in force, the police will have to get used to people being less than impressed at their campaign against greying gangsters.