Retail parks and multi-purpose centres in the regions are the latest trend in retail real estate. 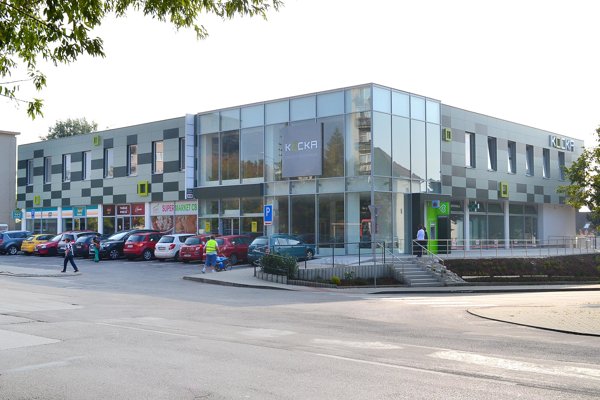 IN ORDER to keep customers, Slovak retailers must offer quick service, a good choice of products as well as additional services and facilities. This is seeing developers move away from big shopping malls towards smaller retail parks and multifunctional centres in the regions.

Before 1989, small grocery shops with limited supplies and long queues even for the basic goods were typical. Supermarkets opened in the 1990s and the trend of the big shopping malls arrived a decade later, shopping became a national pastime and the retail sector has grown accordingly. The retail and service sector is now the second biggest employer in Slovakia, with 235,041 contracted workers in the first half of 2014, according to the Association for Trade and Tourism (ZOCR).

Jos Tromp, the senior director at CBRE, a consultancy company in commercial property and real estate, said the retail sector is the country’s most dynamic property market. It is documented by the growing number of shopping centres, with several development projects under construction. Shopping tastes are changing and developers are reacting.

Matúš Furman, the head of the retail department at Cushman & Wakefield SK, sees the trend of the smaller retail parks as a natural outcome of a saturated market.

“The market in the big cities is fully filled by the big shopping centres; therefore there is space only for the smaller, multifunctional centres in the suburbs or housing estates,” Furman told The Slovak Spectator. “Also, the developers target smaller cities with less saturated markets.”

In the past, Obchodná (shopping in English) street in Bratislava used to be one of the most lively places of the Slovak capital. It still has a lot to offer shoppers but instead of the world’s top brands, the offerings are more likely to be mediocre goods.

Because of this, the social life and shopping concentrates into the new shopping centres and malls built in more recent years, like Eurovea or Aupark. Both are in vicinity of the city centre and offer everything that buyers could wish for at one place, together with parking lots and additional facilities such as cinemas, cafés and fitness centres. Moreover, the recently completed Bory Mall and ongoing Pharos project aim to cover the neglected spots in the over-saturated Bratislava region.

But the large scale projects are rentable only in Bratislava, which, as Tromp said, is different than the rest of Slovakia. Despite the increased investment into the sector after a slower period between 2010 – 2012; the trend of big shopping centres is receding and they might follow the fate of Obchodná street if they do not adjust to the tastes of the modern consumers.

“It is an issue for the owner of the centre because he needs to rent these areas,” Tromp said.

There is a big change visible in the retail industry affecting all of Europe. According to a survey conducted by CBRE, just 47 percent of consumers in Europe prefer big shopping malls, 28 prefer smaller, covered retail parks and only 21 percent prefers the traditional open shopping streets.

Cushman & Wakefield data shows there are 1,085 square metres of retail space per inhabitant in Bratislava.

Although internet shopping is the biggest revolution in shopping of recent years, online shopping in Europe still only accounts for betwen 9–10 percent of all sales, 1–2 percent in terms of food, up to 30 percent with books and 19 percent in fashion purchases, according to Walter Wölfler, head of retail at CRBE.

Yet, the big brands manage to keep the customers in the retails centres where fashion retailers take up 52 percent of the retail surface area in Slovak shopping centres.

In this aspect, retail parks are more convenient and customer friendly, offering the brand clothes stores that the customers need. Websites are mostly used for browsing.

One typical example is the Spanish clothing retailer Zara. Despite the €500 million in online turnover, more than 50 percent of purchases are still made in brick and mortar shops. Customers can be sure that they get the goods they ordered and try it on. It saves Zara the shipping costs and they have the opportunity to sell additional goods.

The big brands can rekindle the visiting rate of the older shopping centres. The first monobrand store  in Europe of Chaps by Ralph Lauren  Luxury men’s outlet Ralph Lauren is slated to open in Aupark and there are rumours Primark, an Irish clothing retailer, will come to Bratislava. Apart from that, it was announced that the French sports store chain Decathlon already reserved two slots, one in Bory Mall and other at Pharos, built near the Bratislava airport.

Apart from decreasing the size of the retails surface area the retailers are targeting more attractive locations.

“The big challenge for the future is to keep the customers ‘at home’,” said Romaňák and added that it can be achieved mainly by the right offer, services with added value. The design and overall atmosphere of the centre is similarly important and because of this many older retail development projects are under reconstruction.

M-Market investment group focuses on this aspect of the market.

“Our priority is to revitalise original centres that are historically close to the customers and designed for everyday shopping,” said Marian Šufliarsky, the president of M-Market. So far, they have opened centres in Senec, Zvolen, Turčianske Teplice and Modra with plans to open in Martin in early 2015.

“We focus not only on retail as such, but also on services and long-term functionality of the centres,” said Šufliarsky. Disabled facilities, new technologies, parking lots and glass elevators are a must, he added, as well as coffee houses and children corners for the shopping families.

Looking ahead, the main aims of the retailers published by ZOCR are to maintain a long-term positive relationship between the producers and the retailers, dequate protection of the consumer and objectivity towards the consumer public.

The trend of new retail projects will continue. Romaňák believes that Slovakia has not drained its full potential for new projects, many of them located closer to the residential areas and traffic hubs.

Furman sees building of new shopping centres as a way for local businesses to improve their standards.