THE SOCIALISTS and Democrats political group in the European Parliament, which included the ruling Smer party, is criticising the February 7 referendum that targets the country's LGBTI minority. 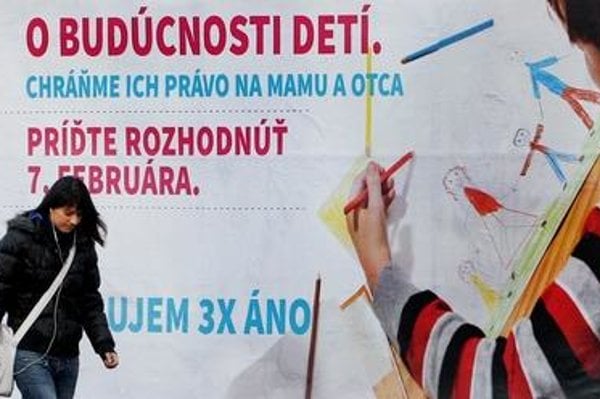 Saturday, Slovakia will hold a very controversial referendum promoted by a group of religious and conservative organisations severely discriminating LGBT people, the S&D statement reads. According to recent surveys, few voters seem to show interest in this consultation. Yet, its outcome causes concerns across the European Union.

“We call on Slovakian citizens to stand up for democracy and human rights,” S&D Vice President Jörg Leichtfried said. “Besides the content of this referendum, what is most striking is that  Slovakian citizens are not being asked to take a decision about their own rights, but about the rights of a minority. In democracy, not even a majority can deny equal rights to a minority.”

Prime Minister Robert Fico on the same day stated in parliament that it is MPs duty to make some things easier for same-sex couples. Among issues concerning same-sex couples that Fico said he would address are access to information on the partner's health condition and issues of inheritance.

“And many more that affect people with non-heterosexual orientation on a daily basis,” Fico said, as quoted by the TASR newswire. “We mustn’t shut our eyes before this reality. It’s incumbent on us to make some practical things in life easier for them.”