BRATISLAVA will be the second city in Europe (after Paris; and after the premiere in its home, St Petersburg) to see the new production of Eifman ballet, Up & Down. 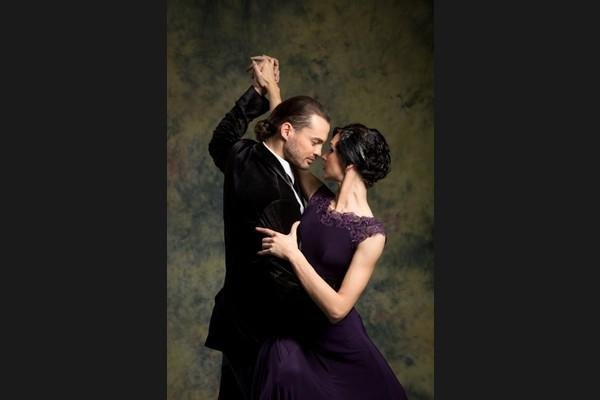 This piece of the elite dance troupe strives to interpret the famous work of US writer, Francis S. Fitzgerald, Tender Is the Night. The music is based on the works of George Gershwin, Franz Schubert and Albano Berg and it has been adapted, processed and produced by Slovak composer Rudolf Pepucha, while it was also recorded in Slovakia, in the Studio No 2 of the Slovak Radio.

The studio is unique in Europe, according to Pepucha who also added that the older works – which had to be re-recorded due to poor quality stemming from the time of their recording – were made by the Symphonic Orchestra of Slovak Radio and the Milo Suchomel Band, “which is unique in the 38 years of the history of Eifman ensemble,” according to Sabovčík of the agency managing the ballet’s second performance (after last year’s piece Rodin) in Slovakia. The music that will be used for all productions as “ready master” was conducted by Slovaks Suchomel and Mário Košik.

Up & Down premiered at the end of January 2015 in its home theatre, and after the Paris stint, it will be played in the new building of the Slovak National Theatre in Bratislava on February 14 and 15, then continuing to other cities worldwide (such as New York, Washington, Chicago and Tel Aviv), being already sold out in most of them.

Sabovčík also said that Bratislava was selected from among other capitals in central Europe, and be it not for logistic problems, it may have been the first venue in Europe, after St Petersburg.

“The resulting quality [of the production] is great, and we have made something like “music design” – meaning making the music sound as it would have in the 1920s and 1930s, when the story plays,” Safončik said, adding that the first part of the work evoked the environment of a mental clinic, while the second part reflected the glitter of social life of America of that time.

The dance piece – allegedly also unique in that ballet dancers perform to swing music – lasts for 90 minutes. Tickets can be bought through the SND website.