THE VATICAN Congregation for Institutes of Consecrated Life does not agree with the steps of Trnava Archbishop Ján Orosch in the dispute concerning the Benedictine Monastery in Komárno. 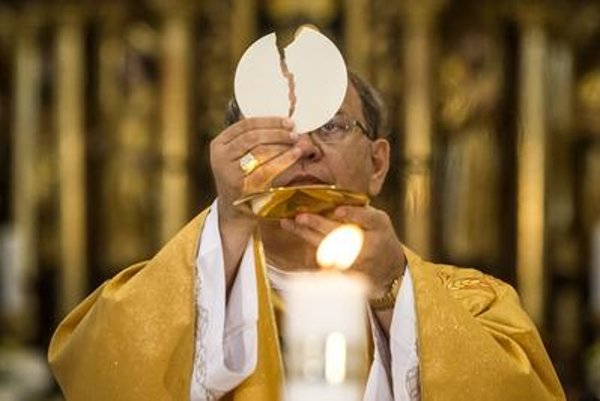 This was stated in a letter sent to its nuncio in Slovakia, Mario Giordana. It also calls on Orosch to restrain from further steps concerning the Benedictine Monastery, the Sme daily wrote in its February 7 issue.

The Trnava Archbishop scrapped the legal identity of the monastic house in Komárno, a branch of a Hungarian order, and proclaimed his Archdiocese its legal successor, transferring also the lands of Benedictines to it, cancelling its accounts and asking for economic documents registering the management of the order. The Culture Ministry scrapped them from the list of legal persons, which they appealed.

Asztrik Várszegi, top representative of the Hungarian Benedictine Congregation, turned to the Vatican in reaction. The Benedictines also claimed that as a Papal order, they are not governed by the local Archdiocese. The Vatican’s decision is binding for Orosch who should now ask the Culture Ministry to re-include the Komárno order on the list of legal subjects, Sme wrote.

Spokesman of the Trnava Archdiocese Dušan Kolenčík insists that “all our steps we have made so far are transparent, in line with the laws and in accordance with the instructions of the Holy See”. They want to summarise and analyse them, he added according to Sme. Until then, they will not comment on the case.