THE DISCUSSION leading up to the ‘referendum on the family’ showed how many people fail to understand what is troubling the LGBTI minority, what the minority wants and how it lives, President Andrej Kiska said in a statement on February 9 in response to the referendum that took place two days earlier and turned out to be invalid. 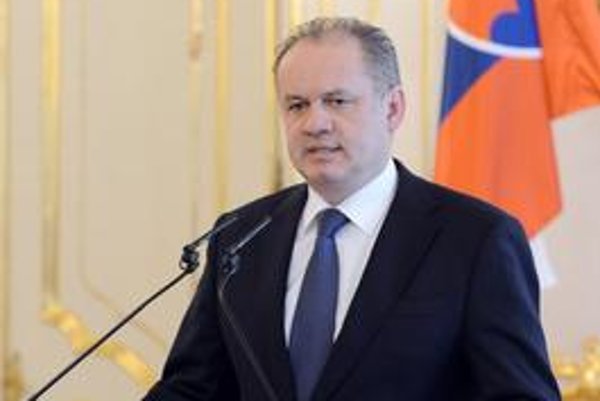 The turnout for referendum on the family was only 21.41 percent, meaning that the results cannot be considered valid even though more than 90 percent of voters said yes to the three questions concerning the unique bond between a man and a woman, restricted rights of homosexuals to adopt children and parental rights to withdraw children from classes touching on sex education and euthanasia.

According to the head of state, society “has a debt” in the area of understanding towards the LGBTI community.

“It seems to me that this debt has only increased after the campaign in the run-up to the referendum,” said Kiska, as quoted by the TASR newswire.

Nobody can view the referendum’s outcome as a victory when it has resulted in quarrels in society, said Kiska. He took exception to what he said were implacable and hostile emotions brought about by the public discussion ahead of the referendum.

He went on to express his understanding for the majority of people who did not go and vote.

“I also understand the feelings of a lack of understanding of those who did go out and vote and are taken aback by the referendum’s results and by the emotions it has stirred,” reads Kiska’s statement.

The president called this referendum the worst in Slovakia’s history and pointed to what he called were simplistic, deceptive, insensitive and often disparaging comments and claims concerning the issue. He also expressed his disenchantment at what he said was the transgression of the boundaries of decency in some public discussions. The fact that the minority that is constantly referred to in a referendum does not take part in it cannot be good news, he said.

According to Kiska, the referendum has not changed anything about the fact that marriage as the union of a man and a woman is enshrined in Slovakia’s laws and the Constitution and that adoptions of children by same-sex couples are banned. Having said that, Kiska noted that there are homosexual couples in Slovakia where one of the partners is the father or mother of a child, who bring up their child or children and look after them in an exemplary manner, according to TASR.

“We mustn’t let it happen that an atmosphere prevails in society that children from these families feel ridiculed, pushed away or face other kinds of hostility,” said the president.