One third of renewable firms are set to miss out on green energy subsidies. 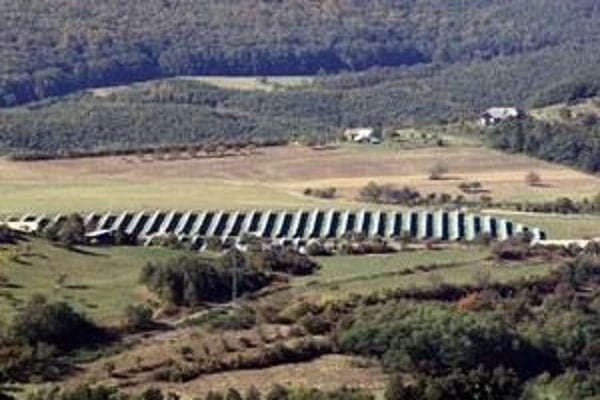 SOME of those producing electricity from alternative resources risk losing out on state subsidies in the coming year as they have failed to keep up with their paperwork, but the firms who will miss out say the missing money could put them out of business.

“Most producers of electricity from renewable energy sources have met their duties and thus do not have any problems,” said Miroslav Lupták, spokesman for the Regulatory Office for Network Industries (ÚRSO), as cited by the SITA newswire. Others, either because of being idle or careless, overlooked them, hoping that when nobody was seriously required these from them so far, they can continue to ignore them.

Producers of electricity from RES perceive this sanction equalling their annual state subsidy as not proportional and endangering their existence. ÚRSO officials say such criticism is unfounded.

“The sanction pays the same meter on everybody – an individual producer would lose the same sum he would otherwise get,” Lupták told SITA, adding that sanction hitting irresponsible businesses is only a logical and correct step on behalf of all other participants of the energy market.

This year the support of the so-called green energy will be lower by €67.6 million as some 1,200 out of the 3,000 producers of electricity from RES will miss out on subsidies. Producers can ask for the state subsidy only when they return unused subsidy from the previous year, apply for the subsidy for the next year and announce estimated amount of electricity they plan to generate by August 15. They have announcement duties towards ÚRSO as well as regional distribution companies, which actually acquire the electricity that is produced.

The Slovak Photovoltaic Industry Association (SAPI) organised a protest rally in front of parliament on February 6. Producers claim that also those, who have met their legal duty, have not received the subsidy and call the sanctions bureaucratic bullying, SITA wrote.

SAPI warns that the loss of subsidies may mean the closure of more than 1,000 companies and about 3,000 people out of work. They note that while the state on one hand spends money on support of concrete projects and approves investment stimuli for foreign investors, it is at the same time willing to turn its back the whole segment of energy and economy, SAPI wrote in its press release from February 5.

According to Pavel Šimon of SAPI, the producers have met their announcement obligations as their reports already contain the required information, the Hospodárske Noviny daily wrote.

“We are not solar barons,” SAPI wrote. “We represent agricultural cooperatives, companies as well as private individuals owning electricity generators. They wanted to do something for this country and which is under pressure from the political order.”