SLOVAK officials have officially asked NATO to create Force Integration Units (NFIU) contact team counting around 40 people, with half of them slated to be Slovaks. While analysts welcomed the move, they also pointed to ministry failures to communicate their intentions with the public. 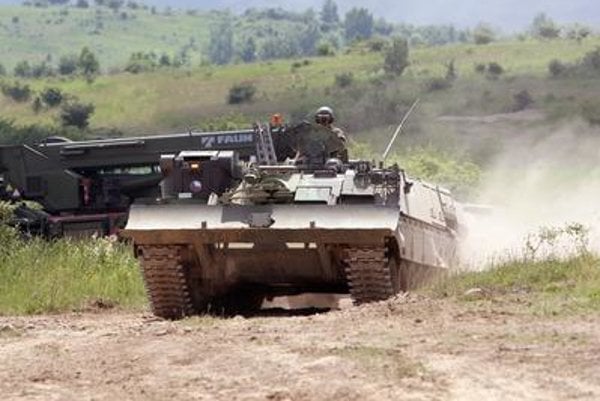 NATO made a decision on February 5 to create a 5,000-strong unit which can be deployed rapidly, in 48 hours. The setting up of integration units is part of the measure to help facilitate the deployment of rapid forces in a particular region. Those teams will also coordinate training and communication among NATO forces,

“It’s the measure to protect our interests and the integrity of the Slovak Republic’s territory,” reads the Defense Ministry press release.

It is a good decision which will contribute to enhancing Slovak security and the security of central Europe. Presence of NFIU will increase the Slovakia’s preparedness to accept NATO forces, according to head of the European and Northern-Atlantic Relations, Robert Ondrejcsák.

“Even in the worst scenario, meaning that NATO would needed to run defensive operations in Central Europe, it would simply significantly shorten the reaction time for us,” Ondrejcsák told TASR. “Secondly, we will be better prepared.”

Central European Policy Institute (CEPI) analyst Marian Majer agrees pointing out that even the decision is good Slovakia made it under certain diplomatic pressure since it was the last relevant country which did not approach NATO with such a request, he told Sme.

He negatively assessed the poor communication of Defense Ministry towards public saying that it seems like the ministry tried to prevent public from knowing about NFIU.

“It’s the effort to conceal this while other decision has been made,” Majer said, as quoted by Sme. “It contradicts what Prime Minister Robert Fico and some government representatives have been saying.”

As an example, Majer mentioned that in early September Slovakia’s delegation made a concrete offer to its NATO partners on how the country could contribute to facing the current military challenges during the summit in Wales. The list included a logistics base in Poprad, trainings at an airport in central Slovakia and a pledge not to make any cuts to the defence budget.

On behalf of plan to build a logistics base in Poprad for use by NATO, Fico told the Nový čas tabloid daily on September 13 that “even at the cost of a political retirement, I would never agree with a NATO military base in the territory of the Slovak Republic”.

Back in late January, U.S. Ambassador for European and Eurasian Affairs Victoria Nuland urged NATO to install command and control centres in Eastern Europe – as a reaction to Russian activities threatening its security, the Sme daily reported on January 30.

“We have to keep our security commitments to each other,” said Nuland when addressing to the Washington-based Brookings Institution think tank, as quoted by AFP. “And we must install command and control centers in all six frontline states as soon as possible.”

Ondrejcsák said that strategic changes and Russian assertiveness force allies to react and focus on the security of NATO members, pointing to the fact that already in September at the Wales summit, the decision was made to increase NATO’s presence in central Europe.

However, so far only Poland, Baltic countries, Bulgaria and Romania have shown a willingness to host bases. Hungary has not given official statement and the Czech Republic is sending ambiguous signals. Slovak Prime Minister Robert Fico de facto ruled out NATO presence on country’s territory, according to Ondrejcsák.