Asylum policies for juveniles will change

SLOVAKIA will change its policies towards unaccompanied minor refugees coming to the country. 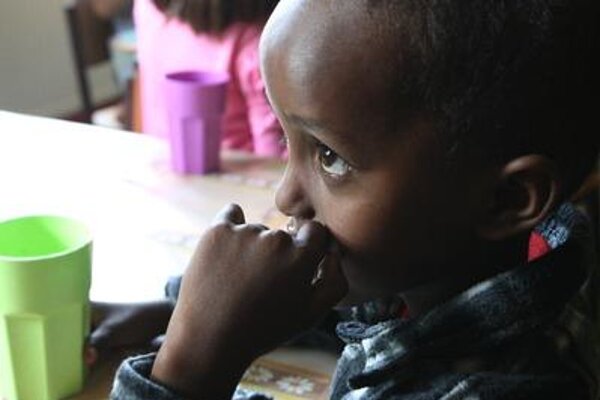 This will be part of the changes to the asylum policies the government decided to unify with two EU directives from 2013 at its February 11 session.

Juveniles who arrive in Slovakia unaccompanied should not be placed into refugee camps in the future.

“They will be free to stay in social-legal protection facilities and under social guardianship,” Marta Fabianová of the Interior Ministry explained, as quoted by the TASR newswire, adding that new legislation will be more underage-friendly.

According to Fabianová, unaccompanied minors will be allowed to stay at children’s home even after the transition to adulthood if they request and can conclude such an agreement with the children’s home. Moreover, the facility will have to create for them such conditions as to enable meetings with representatives of international organisations, among other things.

When preparing the amendment, the ministry cooperated with the Justice Ministry, TASR wrote.

The Interior Ministry records low figures of unaccompanied minors seeking asylum. In 2012, five proceedings concerning granting asylum were launched, in 2013 it was only four instances. A total of 11 proceedings started in 2014.

The amendment brings also further changes. As Fabianová says, the purpose is to create a common European asylum system. They include shortening the period after which asylum seekers can enter the labour market from one year to nine months, and introduces individual procedure towards asylum seekers who need special procedural guarantees. It also proposes to implement seeking for individual needs of vulnerable people, like pregnant women, juveniles and handicapped persons, and re-introduces the rules for deciding over repeated applications for granting asylum, TASR reported.

The revision will also concern the law on residency of foreigners, TASR wrote.