Modernisation of army should be transparent, Kiska says

PRESIDENT Andrej Kiska welcomes the modernisation of army, but he emphasised that all purchases should be transparent during a meeting of the General Staff at the Defence Ministry on February 11. 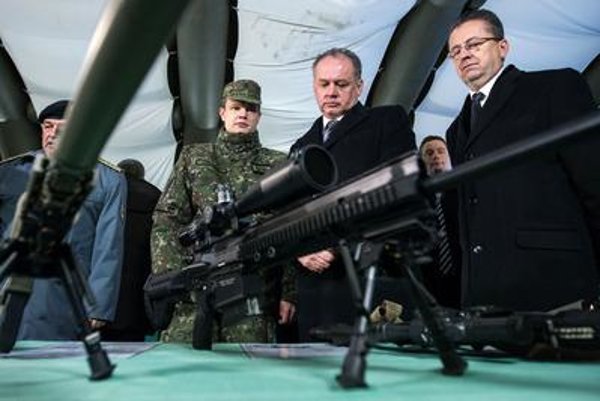 “This modernisation has be communicated in a way that the citizens know how and where the money was invested,” Kiska said, as quoted by the TASR newswire.

The president says that Slovakia is not alone, but a member of NATO.

“On the one hand we have to join the protection of the alliance’s borders, but on the other hand we have to be aware that in the end it is our army which takes responsibility for the safety of our citizens,” Kiska said, as quoted by TASR.

He continued that he was shown weapons used at the times he served in the army. “The modernisation is in place and necessary,” Kiska said.

Kiska considers the protection of the country very important, also with respect to current situation in Ukraine. He also commended the participation of Slovak army in foreign missions and said that Defence Minister Martin Glváč informs him about all plans of the armed forces, as reported by TASR.