Parliamentary Speaker may be fined for commercial on Facebook

SPEAKER OF Parliament Peter Pellegrini may see his 20 monthly salaries withheld if the Parliamentary Committee for Conflict of Interest acknowledges extra-parliamentary Civic Conservative Party (OKS) head Ondrej Dostál’s complaint that he, as a public official, has been involved in promotion of a private company. 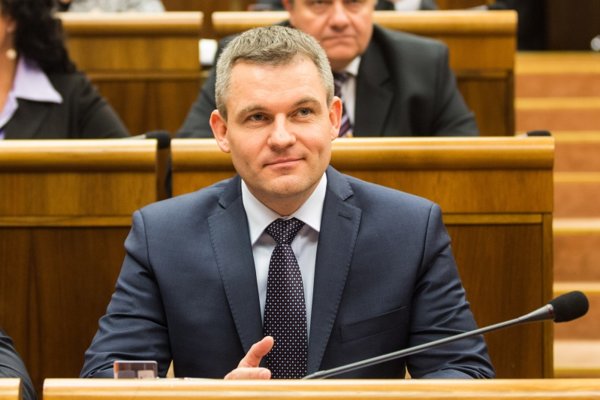 Pellegrini has violated a constitutional law by using his “person, name, surname or effigy” to aid the distribution of a video commercial promoting a competition called The School Dance on his Facebook profile, according to Dostál who pointed out that the video also contains promotion of commercial products, for example, one from Samsung, which is one of the competition sponsors.

The OKS head, as quoted by the TASR newswire, also pointed to the fact that the competition's organisers seem to have mutual links. The competition is being organised by a company called AGEMSOFT and non-profit organisations EDULAB and DANSOVIA.

“AGEMSOFT and EDULAB are headquartered at the same address and are personally linked via Petra Hlaváčová who is managing board vice-chair at AGEMSOFT and at the same time one of the three people who founded EDULAB,” Dostál said, according to TASR. He pointed out that AGEMSOFT in the past was supposed to deliver to the education ministry a “controversial and repeatedly challenged digital education programme Planet of Knowledge, with non-profit organisation EDULAB also taking part in the project”.

Pellegrini argues, according to the Sme daily, that it is a charity non-profit event aimed at supporting the competition for kindergartens and elementary and high schools. He also said he proudly acknowledges having supported a non-profit project, even if he is in conflict of interests, the SITA newswire wrote on February 12. He said he will stand firm in supporting a project in which children compete. Pellegrini praised the project for motivating children to move, to be active and to connect.