Graduates work differs from their fields of study

NEARLY every second university graduate works in a specialisation different from what they studied and there is a major gap between the salaries of those trained in technical and social fields, according to a survey recently presented by the Education Ministry. 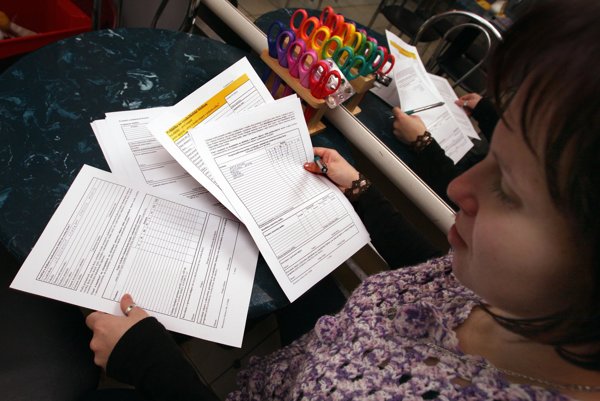 Education Minister Juraj Draxler says the ministry wants to adopt changes in university system and help students get the best school for their further studies and future job.

“The number of students for whom there is no space in the labour market is increasing,” he said, as quoted by the Sme daily.

Some 46 percent of university graduates have never worked in the field they studied, with just 35 percent of graduates working in their specialisation till retirement. Moreover, about 20 percent of those who work do not even need the university diploma. This stems from the survey carried out by the Slovak Centre of Scientific and Technical Information (CVTI) last year, attended by more than 15,300 graduates with the second university degree.

It also suggests that 31 percent of women and 23 percent of men would choose other schools if there were a possibility. Moreover, 62 percent of men work in the specialisation they studied, while the percentage of women is just 48, the SITA newswire reported.

The ministry also collected data from the state-run social insurer Sociálna Poisťovňa about the university graduates from years 2008-14. This, together with the survey, is published at the Lepsieskoly.sk website, launched on February 12. The portal, financed via the EU funds, should help students choose which school to attend, SITA wrote.

The published data also suggest that there are big differences between the salaries of university graduates. Two years after leaving school a graduate from the Faculty of Informatics and Information Technologies of the Slovak University of Technology (STU) in Bratislava may earn €1,000 per month more than a graduate in theology at the Catholic University in Ružomberok or a graduate of pedagogy at the University of Matej Bel in Banská Bystrica.

Moreover, the chance for graduates from informatics and electrotechnics to find a job in their field is nearly 100 percent, Sme wrote.

Draxler says that the salary and success rate of finding a job should be important indicators for those who decide what they wish to specialise in, though it should not be the only factor, as reported by SITA.

According to the minister, people will start looking more on the quality of diploma.

“The market will gradually be purified and companies will more look at the quality of graduates they get,” Draxler said, as quoted by the TASR newswire.

Among the problems to which the education experts often point is that young people in Slovakia apply for university because they want to get a diploma, regardless its quality.

“Their motivation is that people with [university] diploma get a higher salary,” Renáta Králiková of the Slovak Governance Institute told the Hospodárske Noviny daily.

There are two main reasons: first, that for many job positions companies require the university education; and second that the state forces students to continue in their studies.

Viktor Smieško, chairman of Council of Universities, a government advisory body, pointed to another problem. In earlier interview with The Slovak Spectator he criticised that how much a school receives in state money depends on the number of students, which encourages them to take on students who do not meet the proper criteria for studies.

He suggested that the financing should take into consideration the internationally accepted results of schools rather than the number of students. The state should mark its elite universities and adjust the financing to this, he explained.

“There are dozens of studies [suggesting] that the developed countries significantly support their top universities,” Smieško added.

Draxler says they plan changes in this area. The ministry will pick specialisations which will not receive money from the state as the unemployment rate of their graduates is too high.

“It simply does not make any sense to finance something from which it is extremely difficult to find a job,” the minister said, as quoted by TASR.