FOUR public hospitals in Trenčín, Trnava, Banská Bystrica and Poprad will continue to use the services of private caterers. Despite claims that the firms are charging excessive amounts, the Health Ministry says the services are not overpriced. 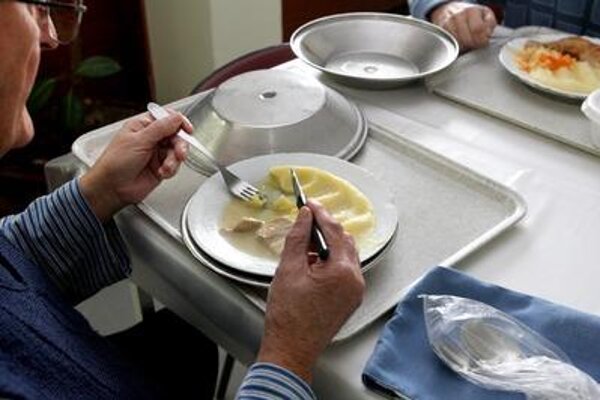 “MPs were supplied with the analysis, which examined all the possibilities included and not included in the contracts and whether the food per patient per day is or isn’t overpriced,” Health Minister Viliam Čislák told the press, as quoted by Pravda daily. “And I can’t state that the food that is provided by the concessionary contract is overpriced.”

The Sme daily and Transparency International Slovensko (TIS) reviewed contracts of those four state hospitals and found that they will pay external caterers nearly €81 million including VAT over the course of 10 years. The contracts show that while most hospitals obtain food for patients for less than €5 per day, in these four state hospitals the sum oscillates between €8.30 and €10.80, Sme reported on December 8.

Heads of state-owned hospitals in Banská Bystrica, Trnava and Poprad, together with the Health Ministry's service office head Martin Senčák, were forced to resign because of the scandal.

The Health Ministry report compares the sum for catering provided by external firm for 10 years for those four hospitals and what they would likely have to pay for cooking those same meals themselves. Using an external firm ranges €16.5 to €26 million per 10 years depending on which hospital is considered. If they were to provide catering on their own it would be from €14.4 to €23.1 million.

The numbers in analysis are odd, says independent MP Viliam Novotný pointing on prediction in analysis which says that if four hospitals would provided catering on their own they would pay around €2-3 million less in 10 years than the are predicted to pay now. At the same time the price for meal for one person per day would be lower by 30-40 percent.

“It does’t work for me,” Novotný told The Slovak Spectator. “And I haven’t received satisfying answer so far.”

The Health Ministry has defended this difference by saying that the price for food per day contains more expenses than just those connected with meal preparation such as investments to modernisation of kitchens, or savings on personnel thanks to improved distribution. Average expenses on meals of hospitals who cook on their own per day do not contain such costs, according to ministry spokeswoman Martina Šoltésová.

Novotný however expressed doubts whether the extra cost for modernisation is worth it, adding that he expected more clear numbers to be sure that catering via external firm is not overpriced.

According to Novotný, the analysis has also failed to provide a clear answer as to whether the contracts could be cancelled. Čislák told the press that there are some possibilities how to cancel them however it could have negative legal consequences.

“To make concession agreements in Slovak conditions is risky business because such agreements have in many cases complicated regime and it is not easy to cancel them,” lawyer Ján Lazur cooperating with TaylorWessing e/n/w/c told Pravda.

Čislák approached Public Procurement Office to check whether tenders on catering were carried in accordance with the law but the office is slated to publish the verdict in March, Pravda wrote.

Heads of hospitals had to quit

In fact, the only reason why heads of hospitals had to quit was that they have violated the law on budget rules because they did not submit contracts to the government for approval before accepting them, according to Novotný.

“Contracts were signed unlawfully because the government should approve them,” Čislák said at a press conference in December, as quoted by Sme. “Those contracts do not exist for the Health Ministry and specific persons are responsible for violating the law.”

The Denník N daily however informed on January 13 that they remained in high managerial posts in hospitals even after their leaving: The recalled director of hospital in Trnava Martin Tabaček became the assistant manager in the hospital; the former head of Poprad hospital Jozef Tekáč moved from position of head of the board of director to its member and recalled head of hospital in Banská Bystrica Vladimír Baláž became assistant of its successor.

The Health Ministry subsequently dealt with the problem and recalled directors of aforementioned hospitals are no longer in managerial posts, Šoltésová told The Slovak Spectator.

Novotný summed up that according to Health Ministry it could not be said that contracts on catering were overpriced and the ministry does not recommend cancelling them since it would be complicated and heads of hospitals were already recalled.

“Translated to normal words it means that nothing will be done with this case,” Novotný said. “The end is that it will remain as it is.”