ITALIAN painter Heinz Piggera painted a series of picturesque views of the then Bratislava at the beginning the 20th century. He enjoyed depicting picturesque corners, many of which have ceased to exist in the meantime. 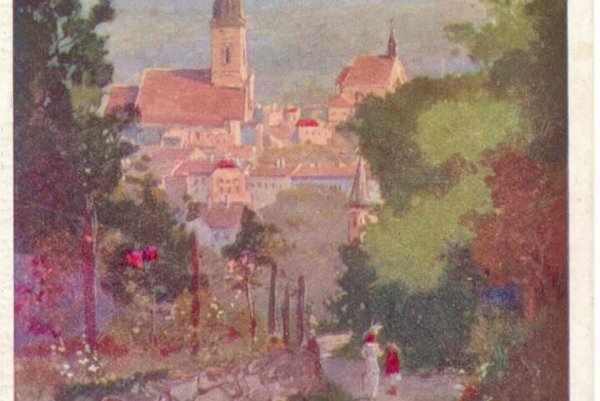 His work allows us to imagine the city in a slightly different from than what we know today.

Bratislava was prevailingly a viticultural town for almost 1,000 years, which has impacted its look. Vineyards still reached the edge of the city at the beginning the 20th century.  Just a few steps from town streets, the vineyards, paths and trails began, intertwined with gardens and small forests.

In the first third of the 19th century, vineyards started to make way for gardens and gradually, the more affluent started to build their villas in the surrounding areas. Today, this originally wine-growing area is fully developed. In this postcard, the St Martin’s Cathedral can be seen and far away behind it, the floodplains on which the borough of Petržalka lies today.