The Finance Ministry has increased its estimate for collected taxes in 2015 by €123 million when compared to a forecast made in November. The government wants to use money from the boost in tax collection on the so-called second social package. 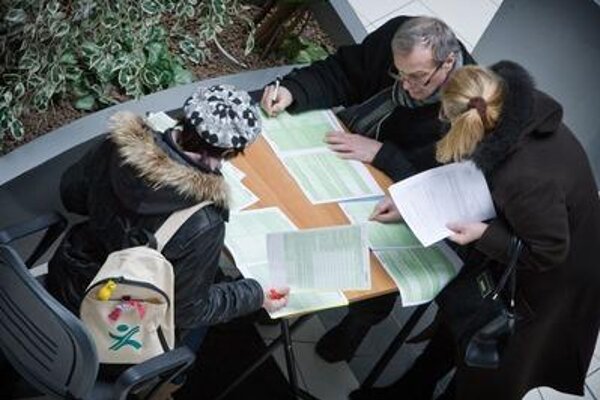 This package of social measures is scheduled to be approved in May or June, Prime Minister Robert Fico told a press conference on February 13.

“Slovakia is viewed abroad as a solid and trustworthy partner that not only meets its obligations as a country, but also gradually creates conditions for sustainable economic growth, for the fight against unemployment, for employment growth, and creates conditions for continually improving the living standards of people in Slovakia,” Fico added, as quoted by the TASR newswire.

He pointed to the current extremely low level of inflation, which has even turned into deflation at some points. This has caused economic losses of around €200 million to Slovakia [per year]. The boost in tax collection has been a piece of good news under these circumstances, said the premier.

The tax collection boost is mainly due to an improvement in VAT collection and higher profits for companies, according to Kažimír. The fight against VAT evasion in 2013 brought an additional €248 million into state coffers when compared to 2012 and an extra €650 million in 2014. It is estimated that the figure will be €744 higher in 2015.

“That’s €1.7 billion in three years, which is 2.2 percent of GDP and an amount that we wouldn’t have had in the state treasury had we not changed the state doctrine concerning the collection of taxes and deductions," the finance minister said.

A new tool, so-called tax rating, shall also contribute to improved tax collection soon, Kažimír said for the V politike (In Politics) TV show of the news-only TA3 channel on February 15. The index of tax reliability to be launched this year, shall – together with repression and the National Receipt Lottery (NBL) – help cleanup the system of taxpaying.

“We want to objectively measure the taxpayers’ behaviour,” Kažimír said. “Those who behave the way they are supposed to – and this means most taxpayers – should have allowances from the system of paying taxes.” He specified that tax administration should be more polite towards them, not bothering them with excessive red tape, and even offer some financial relief.