A HANDBAG that works also as mobile and tablet charger and a heater is a world technology innovation and comes from Slovakia. Slovak lawyer Andrea Pisarčíková invented a trendy handbag that includes a built-in heating system and also a charger. 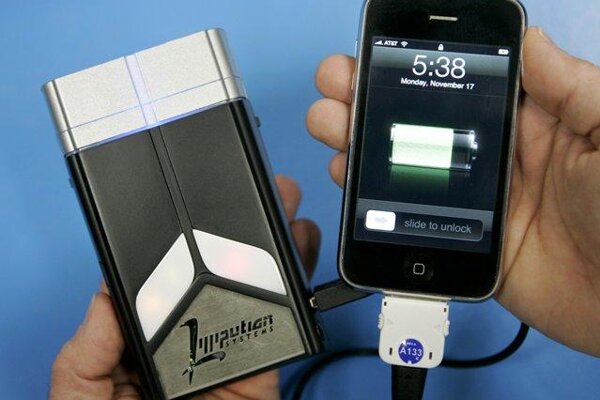 “I wanted to find something like that, but I found out that there is nothing similar,” she told the SITA newswire. “And so I decided to make it myself.”

The handbag which has four variations of styles and colours in the first collection can charge mobile phones and tablets thanks to an 8,000mAh battery with two USB ports into which a USB cable can be plugged. The battery also powers the built-in heating system which operates on three levels of heating – to 50°, 60° and 70° Celsius. The holding time of the handbag battery is up to three hours, and it takes 6 to 8 hours to be charged – so that owners can charge it overnight without worrying whether the mobile remains charged the whole day long.

The idea of the young lawyer was initially inspired by her own health issues, as she suffers from poor blood flow, and thus often feels cold. However, heated clothing or accessories with such a function were often aesthetically not too good; unlike many other innovations, Pisarčíková focused also on the design of her novelty.

“Many women suffer – apart from cold – also chronic urinary tract infections, and the handbag cannot cure them of course, but it can be a very effective preventive tool,” she said.

The leather bag comes in four different styles: a red one in the style of a modern attaché case, a smart black bag with entwined leather surface, a sporty emerald-green bag of brushed leather, and a simple, utilitarian blue model.

Unlike other similar products able to charge phones, these handbags are big enough for the heating part to be used as a seat on cold days, but also to offer space big enough for all necessities of a modern woman. The heating part is placed in the side pocket, separated by a handy zip. In cold weather, it can warm up hands, the small of the back, and it can also serve as a seat heating up women on a cold bench or bus stop.

For the future, creators of this fashion and technology innovation promise to add new designs into their portfolio, including richer colours or other variations.