BANSKÁ Bystrica Governor Marian Kotleba faces another scandal regarding the collection of money on his bank accounts. 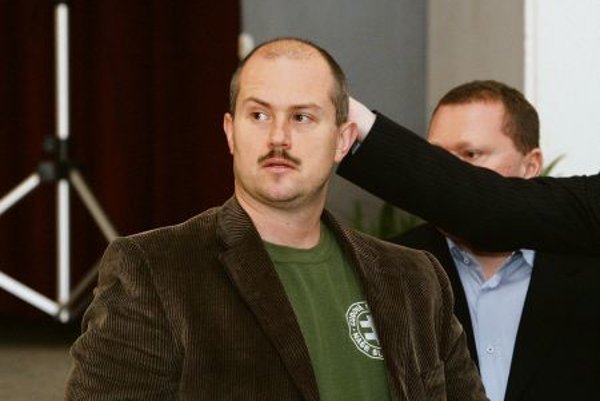 After several media outlets reported that he accepts a portion of wages from employees of the Banská Bystrica Self-Governing Region (BBSK), he is now suspected of having several strange bank accounts for collecting financial gifts. He allegedly uses the money for his anti-Roma activities in Krásnohorské Podhradie (Košice Region), the Hospodárske Noviny daily reported.

On the webpage Naseslovensko.net Kotleba calls on people who want to support his “fight against favouring the parasites under the Krásna Hôrka Castle” to contribute to the published account. This account, however, does not belong to Kotleba’s People’s Party – Our Slovakia (ĽSNS), but directly to him, according to Hospodárske Noviny.

Naseslovensko.net describes the collection as organised by the party. It reads that its purpose is, for example, the purchase of a belt digger, with the help of which the land where Roma live could be “cleaned up”. The members of the party also pay a fee for membership, but this is sent to the official party’s account, the daily wrote.

The Interior Ministry, however, says that no public collection has been registered for this purpose.

According to the law, Kotleba himself cannot receive any gifts. The office of the BBSK has not provided any comment on the information.

“You probably did not notice that my function is the spokesperson of the BBSK,” region’s spokesman Vladimír Gürtler wrote in a statement, as quoted by Hospodárske Noviny. “Thus I consider your questions groundless.”

Zuzana Wienk of the Fair-Play Alliance says that the website can mislead people.