WHILE only one of the three carmakers in Slovakia plans to recruit new workers, the situation among their suppliers is more optimistic. Carmakers are working on the brink of their capacities but there is still space for new producers of automotive components or other related productions or their extensions, according to experts. 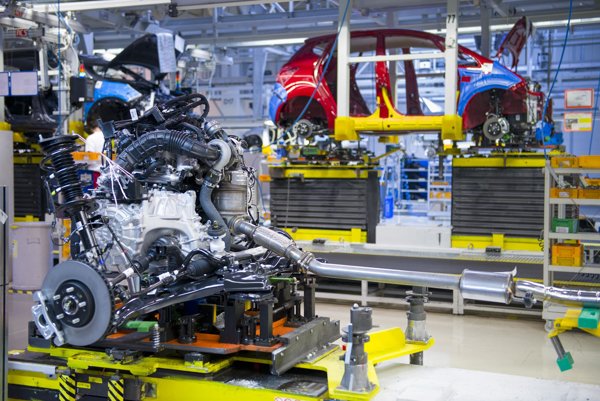 The biggest job website in Slovakia, Profesia.sk confirms that offers for work positions at automotive component suppliers have increased over the last few months. HR experts opine that suppliers for carmakers are able to drive the employment in Slovakia also during the time when demand for cars abroad is decreasing.

“We thank for this not only to a suitable production portfolio, but also a relatively high labour productivity in combination with its quality,” Jana Mesárová from the personnel agency McRoy Group told the Hospodárske Noviny economic daily. “This is why also the sector of sub-supplies, which are exported outside Slovakia, thrives quite well.”

Jaroslav Holeček, the head of the Slovak Automotive Industry Association (ZAP), does not perceive the growth of the sector of subcontractors as surprising as this is the sector with high prospects to develop in Slovakia. He sees especially space for new subcontractors in manufacturing of tools or cast products.

In Trnava alone there are plans to create about 140 jobs, according to Hospodárske Noviny. Since the beginning of this year Matador Automotive has hired about 50 people in its plants in Vráble and Nitra.

“During January and February companies of the Matador group hired a higher number of employees, which corresponds with securing of higher production,” Matador spokeswoman Linda Golejová, told Hospodárske Noviny, adding that in case demand from their clients increases, they will continue hiring new workers.

“We will again try to fully use the capacity of our plant,” Jozef Bačé, spokesman for Kia Motors Slovakia told Hospodárske Noviny, adding that they plan neither extension of the production nor hiring of new workers. “But the number of manufactured cars will depend on the development on the European market and in the Russian Federation.”

Last year Kia Motors Slovakia near Žilina produced 323,720 cars, up nearly 3.5 percent and PSA Peugeot Citroën in Trnava increased its production by 2.7 percent to 255,176 cars, a new record. Volkswagen Slovakia in Bratislava will announce its final figures only in March, but based on ZAP’s estimates, it manufactured more than 391,000 cars.

PSA Peugeot Citroën plans to hire about 80 people this spring. "Some new projects are waiting for us,” spokesman Peter Švec told Hospodárske Noviny.

There is also some speculation that the Trnava plant's parent company ponders moving production of a new model to Trnava. According to Jiří Šimara, analyst with Cyrrus in Slovakia, the French carmaker has at home too high wage costs because of trade union demands.

“This is why it wants to more production into cheaper countries,” Šimara told Hospodárske Noviny.

Volkswagen Slovakia, the oldest carmaker in Slovakia, employs more than 9,400 people. PSA Peugeot Citroën, one of the most technologically advanced within the PSA group, employs directly 3,500 workers and Kia Motors Slovakia 3,800. ZAP estimates that in Slovakia 80,000 people are directly employed in the automotive production while the number of people employed in the automotive industry overall is some 200,000 people.