Children made snowmen for animals in zoo

ZOO KOŠICE organised a competition in making snowmen for the children who had school vacations. Children were allowed to make the snow figures directly in animal pens. 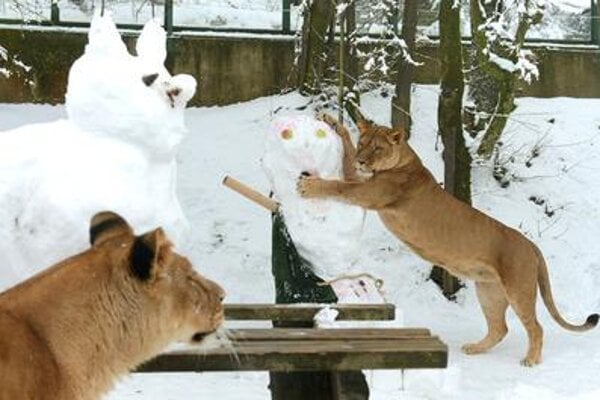 “In the pen for lionesses, two companions appeared who had juicy beef hidden in their guts,” Eva Malešová of Košice zoo told the TASR newswire. “Lion sisters immediately scented this and in a few minutes, the two hours’ work of snow was torn into pieces.”

However, the family of Guiana brown capuchin, Sapajus paella, did not touch the snowmen. The warm-requiring small primates waited for the dominant male Filip although he was reluctant to leave his warm home.

The zoo organised the event on February 2 as a reaction to heavy snowfall and also offered free entry and a programme for local children who had one week of vacation then.