AFTER two years of disputes between NGOs focusing on human rights and those promoting conservative values the government of Robert Fico passed the nationwide Human Rights Promotion and Protection Strategy which set policies for human rights agenda in Slovakia on February 18. 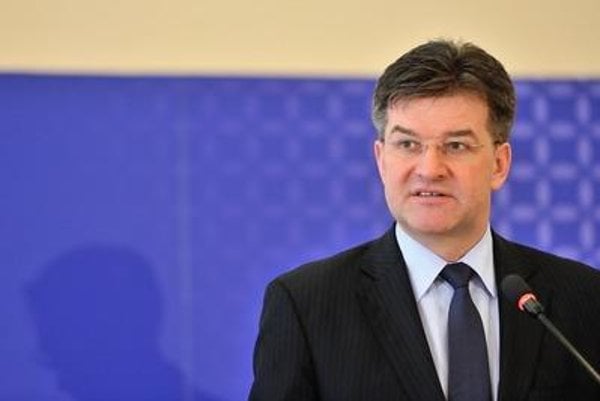 “This day is a success for a small conservative country below the Tatras in the Europe-wide cosmopolitan area,” Foreign Minister Miroslav Lajčák, who submitted the draft, stated. “It is victory of love over hate and pragmatism over exaggerated emotions.”

The strategy was prepared by the Foreign Ministry, which oversees the human rights agenda. It sets tasks such as carrying out a comprehensive analysis of the state of affairs in human rights protection. It also proposes creating a nationwide committee for education concerning human rights, improving the prevention and elimination of all forms of violence and intolerance and introducing equal rights and protection for those living in partnerships outside marriage.

The document, however, still troubles some NGOs. Representatives of the Alliance for Family (AZR), Life Forum and Slovak Society for the Family have asked the government to reject the strategy. AZR, the organiser of the unsuccessful February 7 referendum which, as its initiators say, sought the protection of family launched an online petition against the strategy on February 17. More than 16,000 people signed it.

“We consider this document to be unbalanced, ” Mária Raučinová from Life Forum told the press. “We’d like to incorporate many rights into it, such as those to life and family protection, as well as conscientious objection. These rights haven’t received any room.”

Recalling statements by AZR representatives after the referendum took place, Martin Macko of the Initiative Inakosť – a civic association advocating rights of the lesbian, gay, bisexual, transsexual and intersex people – said that it had seemed that the Alliance wanted to deal with the real problems of families in Slovakia.

“[But] they returned to their traditional tactic of fighting against a fictional menace, which is the homosexual minority,” Macko told The Slovak Spectator. “They don’t care that they throw out the result of work and discussions of organizations promoting rights of children, seniors, disabled persons, women, national minorities which took several years.”

The government accepted a balanced strategy and all sides had the possibility to comment on it, according to Prime Minister Robert Fico.

“Only a balanced document with compromises can be the basis [for future policies],” Fico said after the cabinet session, as quoted by the TASR newswire. “We cannot accept a document which would favour one or another extreme opinion.”

AZR and their allies do not like the formulation according to which it is necessary to take steps to achieve equal rights and protection for persons who live in a partnership outside marriage. Now, it is clear that registered partnerships are associated with adoptions of children by same-sex couples, the alliance underscores in petition.

Ombudswoman Jana Dubovcová proposed this formulation as a reaction to inserting the new provision in the Slovak constitution defining marriage as a union between a man and a woman on June 4, 2014. Moreover, one-third of children are born to couples who are not spouses, according to Macko.

“No one objected to this during discussions and I cannot imagine how this could lead to adoptions by same-sex couples,” Macko told The Slovak Spectator.

The strategy describes the current situation in human rights protection area considering the international agreements Slovakia has signed and internal legislation. It is not a legislative document and cannot introduce any additional rights to society, according to Foreign Ministry spokesman Peter Susko.

“The text doesn’t mention adoptions by persons of different or same sex and the strategy doesn’t deal with this issue,” Susko told The Slovak Spectator. “We repeat that current legislation doesn’t change in this or in any other issue.”

Further, the AZR in its petition objected to statement in the strategy noting that men who are willing to give a blood are asked in a questionnaire to declare that they had not had sexual intercourse with another man within one year.

The strategy does not want to stop using this question, it just mentioned this issue in one of its many supplements, Macko replied.

Anton Chromík from AZR noted that more than 100 organisations have protested against the strategy over the past two years, adding that a considerable part of civil society has tried to find a nationwide consensus and include rights such as religious freedom and the rights of parents, according to TASR.

Moreover, in early September 2013, less than a month before the original deadline for the strategy, the Foreign Affairs Ministry revealed that it had become the target of an organised campaign opposing the strategy. Someone spammed its email addresses with messages delivering “personal invectives, rough offences and hateful blackmail” that “fanatical opponents of human rights in Slovakia” had been sending to the secretary of the government’s Council for Human Rights, National Minorities and Gender Equality, a ministry official said.

“Intensive discussion on human rights ... was marked by exaggerated emotions, spreading of lies and misleading statements such as removing children from families, so-called gender ideology and some special rights for certain groups,” Susko said. “It has been shown that some positions are irreconcilable.”

He added that for the first time in Slovak history, a system of free open discussion was used during preparation of the strategy and all sides and relevant groups were asked to participate.

“The final document is neither ideal nor complete,” Susko said. “It is a compromise which reflects the mental state of Slovak reality and the vision of human rights.”