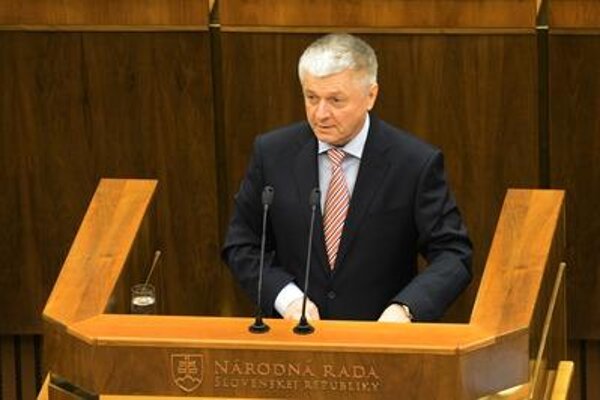 Only 50 of 128 MPs present voted for his dismissal for the alleged conflict of interest. All of the opposition deputies voted for the ousting, except for independent Mária Ritomská who abstained from the vote, the TASR newswire reported.

“It seems to me that you want to punish me for driving 130 kilometres per hour at the highway between Bratislava and Trnava 10 years ago when the current speed limit is 110 km/h,” Pavlis said, as quoted by the TASR newswire when defending himself at parliament. He said that he has not gotten into any conflict of interest.

The opposition parties accuses Pavlis of a conflict-of-interest in the lawsuit filed by a company called Port Service against the National Property Fund (FNM) that could cost the state €60 million.

The opposition has pointed out that Port Service, where Pavlis used to be the board of directors chairman, filed a lawsuit against National Property Fund (FNM) only five days before Pavlis became a member of the FNM’s Supervisory Board. Port Services sought compensation for being expelled from a privatisation tender due to its failure to meet requirements.

In this legal battle, it even received a loan of SVK600,000 (€20,000) from FNM under Pavlis’ tenure on the Supervisory Board so that it could pay the legal fees necessary to file an appeal with the Supreme Court in the wake of losing the case at the Bratislava Regional Court, TASR wrote.

In 2008, the company lost the lawsuit against the state. However, after an appeal from then general prosecutor Dobroslav Trnka the senate entitled it to claims for lost profits worth €60 million and the case has now been returned to lower-level courts.

Pavlis calls the whole case fabricated and denies any connection with the company since 2006.

This was the ninth attempt to oust a member of the second Robert Fico cabinet since March 2012 when the Smer party took power over the country after a landslide victory. Fico faced three non-confidence votes, Justice Minister Tomáš Borec faced two attempts followed by one motion against the then health minister Zuzana Zvolenská, Labour Minister Ján Richter and Transport Minister Ján Počiatek. All of them were unsuccessful.