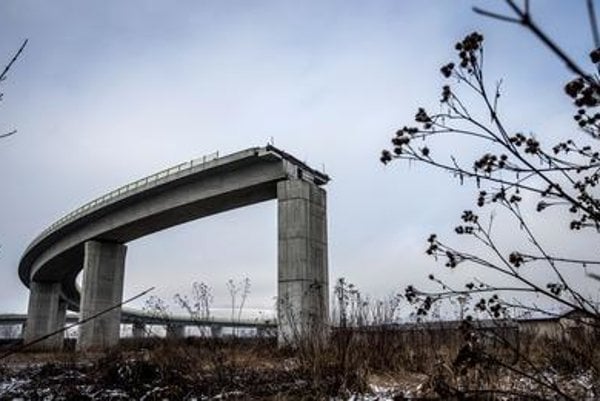 Chinese companies, together with local players, can fill the gap left currently after Russian firms which are pulling out of Slovakia because of sanctions imposed by European authorities in connection with the Russian-Ukrainian conflict, the paper wrote.

After the J&T Finance group agreed on partnership with CEFC China Energy Company Limited last year, and another Chinese investor submitted a bid for Slovenské Elektrárne electric power company (where China National Nuclear Corporation is one of four bidders to buy the majority stake), now cooperation of the builder Váhostav and Chinese firms on the construction of D4 highway bypass in Bratislava from Jarovce to Raca and of R7 dual carriageway in direction towards Dunajská Streda is taking a more specific shape.

The project includes nearly 60 kilometres of roads. Based on preliminary estimates, Slovakia should more than €4 billion for the Public-Private-Partnership project over a period of 30 years. At a recent meeting of builders, financial institutions and transport experts, the Chinese firm China Communications Construction Company Limited openly talked about the construction of D4 and R7. Váhostav CEO Marián Moravčík told Pravda they can imagine doing some parts of the project for the Chinese partner, China Communications Construction Company Limited, if this succeeds in the public tender.

Poland has made negative experience with Chinese construction companies, though, which almost brought down polish construction market, according to Pravda. Polish experts say Chinese do not understand especially the European labour law.