THE CABLEWAY in Chvatimech, a borough of the town of Podbrezová, celebrated its 60th anniversary since its launch in mid February. 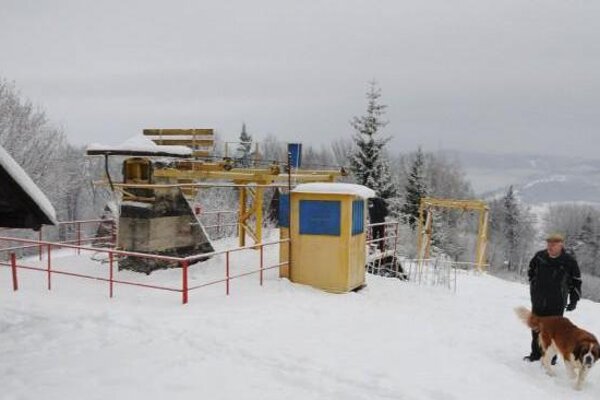 “Its establishment was a matter of coincidence,” Dušan Zemko, author of the book published on the anniversary, told the TASR newswire. The book, in Slovak, can be found in local libraries.

“The idea of a local cableway was born in the head of Gabriel Ťatliak, then the main design engineer of Storjárne Piesok machinery factory who was seriously injured when skiing,” Zemko explained. “He was a man unable to just lie still, and while being treated in hospital, he got this idea, prepared documents and filed them with the factory management. The management liked the project.”

The construction of a cableway was finally approved on July 1, 1953, and on that very day, it also began. It was not easy, as everything was done manually. Despite the difficult conditions, though, the construction did not take long. The builders managed to finish it in two years, and the cableway was launched on February 12, 1955.

“On a steel rotating cable, 34 one-person seats were placed. Two independent braking systems secured the safety,” Zemko described. “People who initiated and built the cableway deserve admiration and respect. Currently, it seems to have no owner, no manager – nobody maintains it, and it doesn’t have the necessary licences and technical certificates, so it cannot serve the public. The cableway is still fully operational, thanks to a few volunteers, it is even in good condition but it needs repairs and maintenance. It is high time someone takes over the care seriously. It would need reconstruction focused on keeping its originality and authenticity, as it is truly unique. It is a real technical monument,” he summed up.