Much needed walnut to return as cash crop

IT SEEMS that walnut, a tree offering an ingredient frequently used in traditional Slovak cuisine, is returning to mass production. 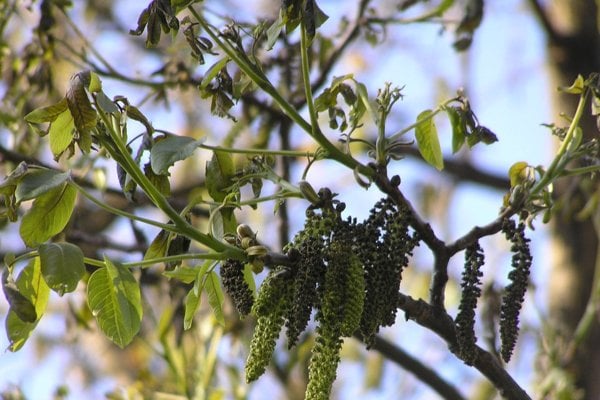 Walnut is a traditional tree - and crop - in Slovakia. (Source: TASR)
Font size:A-|A+0

In Skalica in western Slovakia, a walnut orchard of 10 hectares has appeared, where entrepreneur Andrej Baďura planted 1,550 trees, one year old, of several varieties. He expects the first harvest of walnuts in 4-5 years. However, only the following years’ harvests will be interesting economically.

The local administration offered the plot and Baďura won a public tender for 25-year rental of town land. The planting of walnuts was a condition of the town hall – arguing that the local sweet delicacy, Skalica trdelník, needs walnuts of native production. Currently, walnuts are imported from Ukraine, but also from China.

Baďura told the SITA newswire that he understands the motivation of the local council, but no contracts oblige him to sell the walnuts only to local producers of trdelník.

Ten more hectares of land have been offered for wine-growing: the town is known for its red wine, called Skalický rubín (Skalica Ruby) but the only bigger vineyards are owned by the town. Skalica administration wants to revive the viticulture of private enterprises.

Even a bigger walnut orchard, of 242 hectares, is being created in the cadastre of villages Šiatorská Bukovinka and Nová Bašta in southern Slovakia. A production and trading cooperative with self-distribution shall manage it. The Environmental Impact Assessment (EIA) expects the planting of Persian, or English walnut shall be finished by mid 2015, with the first harvest expected in the upcoming years.

Walnut is highly salable and has high yields. The global demand is constant; and its production oscillates around 1.2 million tonnes. The biggest amounts are produced in Asia. The European Union countries are not able to grow a sufficient amount even for its own consumption, and so they import walnuts, mostly from the US.