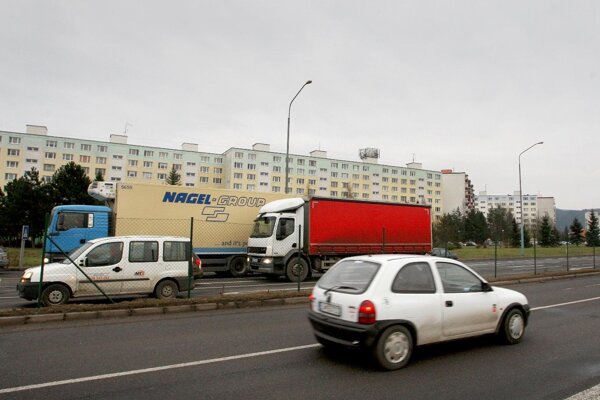 THE BEGINNING of 2015 brought a radical change in the revenue structure of Slovakia’s eight self-governing regions, after the government shifted revenues from the taxation of motor vehicles into the state budget and increased the share that self-governing regions receive from income tax to compensate for the loss. Some have welcomed the shift, whereas others allege it is the first step to dismantling regional autonomy.

Though the country’s eight regions, or VÚCs, no longer keep revenues from the so-called road tax, as of January 1 their share of income tax increased from 21.9 percent to 29.2 percent.

“The intention of the Finance Ministry, by means of this revision, was to simplify the motor vehicle taxation system and make it more transparent,” Finance Ministry spokeswoman Alexandra Gogová told The Slovak Spectator, adding that in 2014 there were more than 860 rates of motor vehicle tax across the country, a number which has now been cut to just 49.

“Apart from this, we have introduced into this tax an environmental aspect what means that the tax rates of businesses using more environment-friendly vehicles will be discounted,” said Gogová.

Until the end of 2014, regions set rates and payment conditions for road tax paid by businesses in their territory on their own. The revision set the rates on the basis of the lowest rates, which were in Banská Bystrica Region.

The change in the financing of regions prompted criticism from the leaders of Slovakia’s wealthiest region, Bratislava (BSK).

“BSK is the only one out of eight regions which rejects [the revision], even though it will harm all regions over the long term,” said BSK spokeswoman Iveta Tyšlerová, adding that centralisation of road tax will prevent regions from conducting independent financial policy.

Some other regions have echoed this criticism, and point out that their revenues now rely on just one source: income tax.

Jana Paulínyová of Trenčín Region pointed out that Trenčín Region, as well as other regions, “have lost a tax whose rate they were able to affect in the sense of their self-governing powers”.

Vladimír Gürtler, spokesman of Banská Bystrica Region, pointed out that income tax would now be the only source of tax revenue for self-governing regions, but that revenue from this tax is primarily determined by employment as well as salaries. Here he sees a risk that a future change to the income tax law may endanger regional tax revenues.

Gürtler said that the original goal of fiscal decentralisation was to secure the financial stability of local administrations and that this was supposed to be achieved via financing from several sources.

By contrast, some other regions, which had been calling for what they describe as a fairer allocation of tax revenues, welcomed the change.

“Over a long period, seven regions have initiated a more objective scheme for allocation of road tax because the policy until now put Bratislava Region at a very great advantage, to the detriment of other VÚCs,” Zuzana Bobriková, spokeswoman for Košice Region, told The Slovak Spectator.

She explained that this is because lots of cars used for business are registered in Bratislava but drive across the whole country.

“A significant portion of companies with nationwide operations, as well as leasing companies, are headquartered in the capital,” Bobriková said. “In reality they drive on the roads of other regions, but they pay the tax in Bratislava Region.”

Another paradox, according to Bobriková, was that while regions set the road tax rates the tax was administered by tax offices and thus regions did not have a real instrument for monitoring.

“Even though Bratislava Region is ‘the richest’ it allocates the lowest sum per capita, €190, to public services,” said Tyšlerová.

A higher share of the income tax take, from 21.9 percent to 29.2 percent, is meant to compensate regions for lost road tax revenues. While some regions say it is too early to assess the increase in the share in general, as they will only later see how revenues from income tax develop, they are satisfied with the compensation.

According to Trnava Region, the regions consider the prognosis of the Finance Ministry to be too optimistic. Moreover, the road tax is considered to be more stable and significantly faster growing than income tax, Oľga Palovičová of Trnava Region said.