Fifty Shades of Grey had record visitors rate in Slovakia

THE VALENTINE weekend saw an interesting phenomenon - the film Fifty Shades of Grey was released for cinemas worldwide simultaneously, with the timing perfectly matching the occasion. 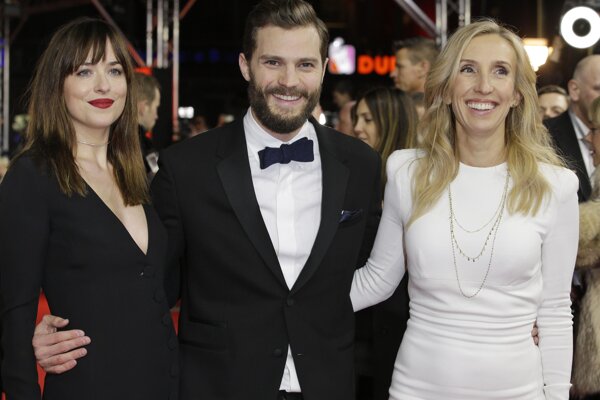 The adaption of a bestselling book hailed by some and criticised by others as a model of kitsch, has become a bestseller on its own, bringing a record number of visitors to Slovak cinemas as well – 108,094 viewers saw it on the first weekend of its screening. (The film premiered on February 12.)

Zuzana Kryštofíková, lecturer and culture scientist described what the book meant for her – “a story of a self-confident man who cannot love but is taught so through a young woman”. She adds that it is not a literary gem but stresses that it is sensual reading - not only, though mostly, for women.

The film saw record numbers of visitors in several places, despite the fact that it is prohibited for minors under 18 in most countries; in the US, teenagers over 17 can visit it accompanied by adults. Apart from the church, also the US centre for sexual abuse prevention slammed the movie, calling on people to give 50 dollars for abused women rather than for a ticket.

Fifty Shades of grey, authored by E.L. James, was inspired by the Twilight Saga Vampire diaries, and has three sequels all of which have been translated into Slovak. The movie will also be divided into three parts, with the first being directed by Sam Taylor-Johnson and starring Dakota Johnson, Jamie Dornan, Jennifer Ehle, Luke Grimes, Marcia Gay Harden, Max Martini and Rita Ora, according to the SITA newswire.

Kryštofíková told Sme before the film was premiered in Slovak cinemas that although she expects it to be worse than the book, she is willing to take a day off to be able to make it to the screening. Fifty shades of Grey brought €545,106 in revenues for the first weekend, the Hospodárske noviny daily informed.