MOST in Slovakia own some kind of loyalty card issued by their favourite food or drugstore, a recently published survey suggests, and companies deny speculation that the data collected through such programmes is being misused. 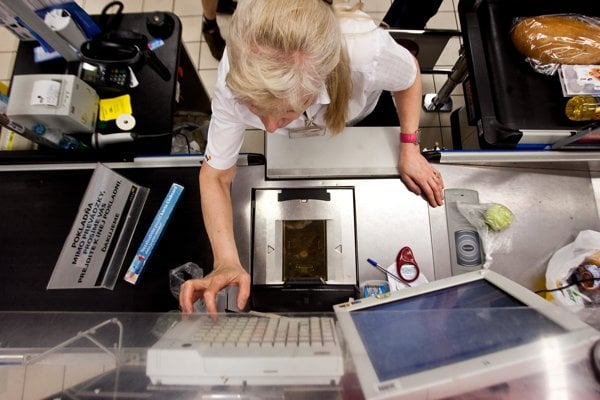 Many retail companies use some kind of loyalty programme, which has become a natural part of their business, said Martin Kadleček of MDI.SK, a company focusing on loyalty project implementation.

“A customer is a big unknown for retailers,” Kadleček told The Slovak Spectator, adding that the loyalty cards help them to “identify the customer and his or her behaviour”.

If customers use the cards, they get some kind of discount or other bonus which then help the retailers obtain more information about their customers, he explained.

Presently, more than 90 percent of Slovaks possess at least one loyalty card, the survey carried out by GfK market research institute on 700 respondents in Slovakia and the Czech Republic in November 2014 showed.

Moreover, it suggests that customers use them mostly in food stores and services, and that they are lured mostly by the potential discounts.

According to Kadleček, every company has its own priorities, which are still changing. While in the past the companies analysed what kind of goods the customers buy, which is the share of goods with and without discount, today they want to know whether the customers responded to the offer sent via social network or how they used the voucher, he explained.

Reasons for the cards

Companies addressed by The Slovak Spectator confirm the rising interest of customers in their loyalty programmes, which is proven by the number of cards they have issued, but also the share of purchases in which their customers use the cards.

The systems of benefits they get in return are different. In Tesco stores, for example, Clubcard holders get one point for every euro they spend. The points equate to a one cent discount in the future. Once per three months the customers get vouchers they can use in its shops as well as petrol stations, pharmacies and optics belonging to the chain, Tesco spokesman Tomáš Ferenčák told The Slovak Spectator.

In COOP Jednota food store the owners of loyalty cards can use various benefits, including discounts on selected products and various special offers. The customers get the discounts twice a year as of 2015, Martin Katriak, deputy chair of the board of directors of COOP Jednota, said.

Billa card holders can use the immediate discounts on goods. Moreover, there is a special discount on goods during the weekend, and also some special birthday offers, said the company’s marketing director Oliver Vališ.

DM Drogerie Markt offers discounts as well as special voucher books with discounts. Unlike the other programmes, the customers are allowed to combine the bonuses, head of the marketing department Nicol Noseková told The Slovak Spectator.

Some companies also offer the possibility to use the discounts at their external partners.

The popularity of the loyalty cards is also proven by the fact that two-fifths in the GfK survey would recommend their friends to get loyalty cards because of the discounts they get, and one-third for collecting the points for purchases. On the other hand, one quarter of respondents said they would not recommend the card as the offered bonus is too low.

According to Kadleček, the benefits for the companies are that they make their communication with customers more effective. He, however, adds that most loyalty programmes do not work optimally and the only thing most companies use are basic contact details of customers and the reports on their purchases. The firms cannot effectively use the data as it is difficult to process them.

“There is space for significant improvement and change because if a company has a nice loyalty card it does not mean that it also has a quality loyalty programme,” Kadleček said.

The Hospodárske Noviny daily reported in late January about new ways of collecting the information about customers used by US retail chain Target. Statistician Andrew Pole described in an online video that they create databases which contain information about not only the customers’ shopping habits, but also about where they work, how much they earn, what education or ethnicity they have and what they like to read.

The aim of such collection was to identify the clients who face some kind of change in their life and offer them specific goods, Hospodárske Noviny wrote. This illustrates how the personal data can be used, much like the social network Facebook uses targeted ads based on the personal details of its users.

Though the marketing people addressed by Hospodárske Noviny said they are sceptical about such collection, some admitted that things are moving toward a model similar to that of Target.

Companies addressed by The Slovak Spectator, however, say they follow the rules to prevent misusing the personal information. Tesco, for example, uses the database which does not contain any personal details, Ferenčák said.

In DM, the employees who work with the personal information of customers are bound to secrecy, Noseková said. Also in COOP Jednota they use the special system which is secured against the harmful codes or undesired modifications of the information system. They also regularly back up the information, Katriak explained.

Kadleček adds that people can ask the firms not to use their personal details for marketing purposes. According to him, the companies use the details for two main purposes: to understand the shopping behaviour of customers and to prepare special offers for them.

“The customers can prevent misuse of their details by considering which data they will provide and which programmes they will join,” Kadleček said.