KDH at 25? More a funeral than a celebration 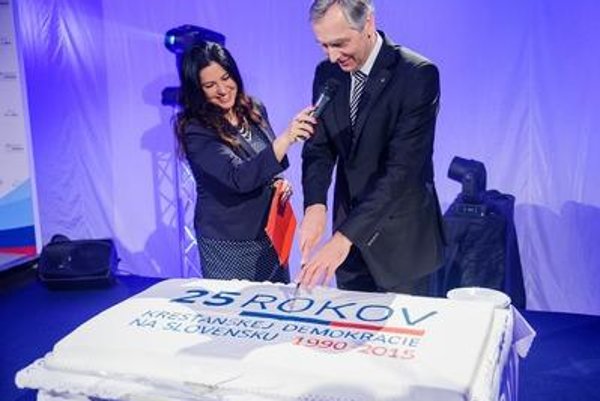 If the opposition Christian Democrats (KDH) seem like a bunch of tired old men haggling over frivolities and sidling up to the ruling Smer ahead of 2016 elections with senile avarice – well, that’s because they are.

They weren’t always. During the darkest years of the 1990s, KDH politicians were an inspiration. Not only in leading public opposition to authoritarian PM Vladimír Mečiar but also in battling his government in dark trenches such as the parallel secret service, for which the late KDH MP Ladislav Pittner was showered with a bucket of urine a few months before watershed 1998 elections.

But the steadfastness and personal courage that KDH members showed in opposition seemed to desert them later in government. Not only did they lose their youngest and brightest sparks to Mikuláš Dzurinda’s SDKÚ because they couldn’t accommodate their ambitions within the party; ultimately they failed to move beyond anti-Mečiarism to offer a wider vision of post-Mečiar Slovakia. These days, having lost what little remaining spark they had in MPs Daniel Lipšic and Rado Procházka, the KDH’s only remaining asset is a sepulchral probity that still wins a few votes in countryside.

In 25 years since the KDH was founded, Slovakia has moved from a kind of 1930s Chicago all the way to 21stcentury Europe. No wonder the country now seems to tired, so devoid of inspiration. The frenetic pace of change is even more demanding of politicians, who are responsible for charting our collective course. New ideas and young talents must be constantly brought forward, while the old guard must give way gracefully after only a few years in the sun – otherwise parties quickly become irrelevant to everyone but their political nominees and immediate family members. Dzurinda failed to realize this in 2006, blocking talents like MPs Miroslav Beblavý and Lucia Žitňanská – and so perished his SDKÚ Pavol Hrušovský and Ján Figeľ are riding the KDH to a similarly ignominious fate.

Hundreds of thousands of young Slovaks have given up on “renewal” and have taken their talents, inspiration and dreams abroad. Hundreds of thousands more remain at home but don’t vote. Which is why the KDH’s 25th anniversary is less a milestone than a tomb housing everything that Slovakia might have been.